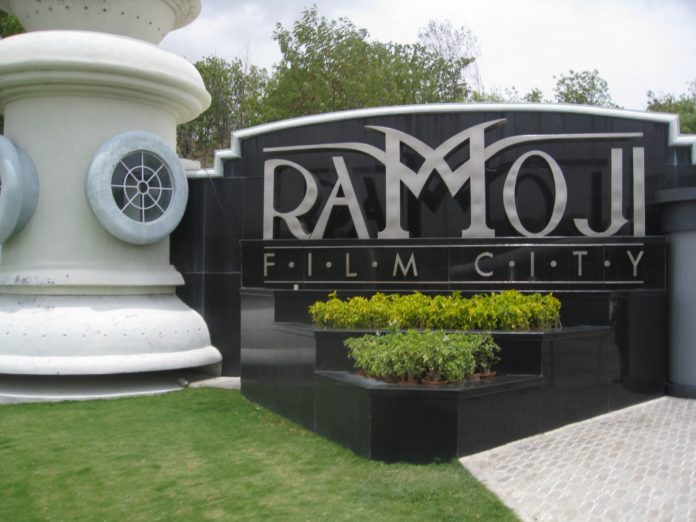 The Ramoji Film City in India located in Hyderabad is the largest integrated film city in Telangana and has been certified by the Guinness World Records as the largest studio complex in the world.

Built by Telugu film producer Ramoji Rao in 1996, the place has around 1.5 million tourists every year making it one of Asia’s most popular tourism and recreation centers. It is also a popular tourism and recreation center, containing natural and artificial attractions including an amusement park built on jungles and mountainous terrain, intact, without removing one tree or a mountain. Opened in 1996, the place measures 674 ha (1,666 acres). Ramoji City is at Anaspur Village, on the Outer Ring Road (Phase 2).

Hyderabad Film city is at a distance of 25 kilometers from Hyderabad city, via NH 65. Comprising of 47 sound stages, it has permanent sets ranging from railway stations to temples. Not only that, Big lash garden-Fake Airports-Arizona cowboy hood- Foreign streets-Buddhist Caves -Kings Courtrooms- fountains-Big building- Arc de buildings, you can find everything here.

If you cannot cover the whole place just by walking, you can hop on a trolleybus to see the area around. The entrance fee is about Rs.1050 which covers the bus tour and shows which can be booked online at the film city website. There are a Luxury hotel, an Economy hotel and even group sharing accommodation available inside the Film City. Sitara hotel is a luxury hotel, whereas Tara hotel Ramoji is an Economy hotel. Vasundhara Villa is for group travelers like Friends & Family.

Shantiniketan is for those looking out for Economic accommodation inside the premises of the film city. You can also savor good meals at the few good quality restaurants inside the Ramoji Film City. The film city produces hundreds of thousands of television commercials, films and television series every year, allowing filmmakers to actually utilize the same areas without the appearance of duplicating locales and playing a major role in the economy at the same time. And, if you’re a movie lover, looks like this is the ultimate place for you!