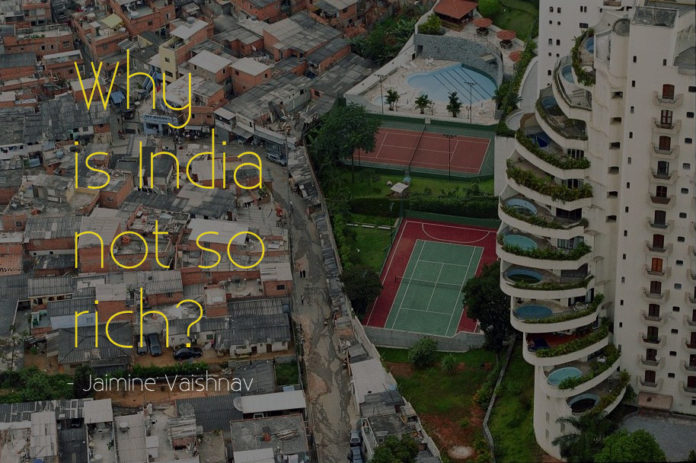 When your parents are conservative and rigid, you are likely to commit more personal and inconsequential mistakes because you cannot imagine living your life without experiencing and experimenting with the unconventional aspect of life. Curiosity within you is something that cannot be intrinsically controlled at any cost. You wish as well as aspire for more freedom, when your parents display tyrannical tendencies against you or your controlled behavior. In this saga, you’re least likely to accept personal responsibility after committing some error. The outcome of this setting would be that, your parents might end up compelling you for some uninvited or unexpected decision. Which means that, you do not enjoy a proper standard of living, freedom of choice, consent and individual liberty.
In par with the above prolusion, our economy is almost like a rigid parent. When your economy is liberal, free and flexible, you possess a better ambiance to try and experiment something with a sense of onus and belonging-ness. Yes, you will undoubtedly make mistakes, but you’re likely to learn from it since the environment would be in a way of establishing and incentivizing individual responsibility as well as personal accountability. Don’t we feel good, when our parents understand us and our personal liberties/choices? Similarly, it feels great to endorse when government acts as a watch-man in the system. When government acts like a nanny state, people enjoy less freedom and indecent lifestyle. It’s simple. Therefore, the burden of proof isn’t on me to prove the caliber of freedom. It’s on the proponents of government to tell us “How does maximizing the power of statism benefit the standard of freedom for all?“

Today, India celebrates her Independence day. As usual it’s a routine to publicly celebrate this day, without introspecting the modern character of independence. This blog does not question the credibility of independence. It simply endeavors to examine the status of independence. Hope I am not judged as “anti-national” for bothering a bit more about the quality of freedom. To begin with, Indian economy – since 1947 – has been celebrating “license raaj” through the mode of socialism. Followed with “Hindu rate of growth” wherein economic fatalism played a huge role in shaping the social cognition of India; development didn’t really trickled down till the year 1991. The year 1991 experienced a great transitional stage, as Indian economy liberalized, privatized and globalized herself. It also proved, to our inutile comrades, how socialist model or soviet model is/was coherently unfit to govern the socioeconomic structures of India. LPG stands for liberalization, privatization and globalization, which is not antithetical to the axioms of capitalist model. But, in our parallel-cum-real universe, I see India redoing socialism by using different euphemisms at different levels to fool different people differently. Take the example of government’s populism over the economics of fiscal spending: [the] total government expenditure has increased from ₹20,144 billion (for the financial year, 2016-17) to ₹21,467 billion (for the financial year 2017-18) – an increase of almost ₹1.32 trillion. Breaking news, isn’t it? Get this straight: “The more the spending, the lesser the economic freedom. Lesser the economic freedom, higher the dependency.”

Do not you think that the celebrators of ‘Independence Day’ should judge the relation between fiscal spending and economic freedom, in order to realize how much their government loves to keep people fiscally dependent than financially independent?

On the other hand, India’s PM Narendra Modi once called MGNREGA prog. “a living monument of UPA’s failure”. MGNREGA is a keynesian policy started by UPA govt., a decade ago, to employ the conscience of broken window fallacy. The prog. does not add any value to the people who are employed under the socialist scheme. It is just about digging the road and reconstructing the road, with an intent to keep unskilled laborers ’employed’. The current govt. led by PM Modi has impudently allocated 480 billion rupees to the prog. Isn’t this a trait of maximum government and minimum governance? Plus, in the name of re-capitalisation and other banking-related nonsense, Modi government has infused 2 trillion rupees into the system. Privatizing the public banks would be a coherent decision, but the government suffers from apoplithorismosphobia and to liberate it from the chains of slavery which it radically reveres would be a dangerous idea.

Keeping it straight: Capital-ism is an essential feature to determine the growth and development of land, labor and entrepreneurship. Any placement of uncontrollable feature above the spirit of capital can lead to systematic destruction of the economy. Unfortunately, the political fraternity is usually and continuously interested to place its “national” interests over the functions of capital and intends to also replace the spatial zone with more unchecked political power. My logic 101 states that power cannot coexist with capitalism. Either you believe in the power of politics or else in the catallactic dynamics of economy. To have both at the same time is a dangerous idea.
Using the PPP (purchasing power parity) of 2011 to determine the contemporary ratiocination of poverty in India, World Bank (WB) estimates India’s poor population to be around 172 million. Total population of India is around 1.34 billion, which constitutes 18% of the global population. You may believe that average income for many Indians is between $1.90 – $2.30 per day. Followed by systematic statism of India’s government on the organized sector, informal economy constituting 80-85% seems more lucrative. Actually speaking, India grows at night because day time is peculiarly a slot of the regulated activities. Regulations may or may not help the economy to grow, but however, it is vital to learn that minimum regulations can vouch maximum governance. Otherwise, maximum regulatory frames simply end up enlarging the size of government interventionism. So, what is stopping India to grow quickly? The answer is deficiency of economic liberty. Now, assuming that regulations do “greater good”, Indian economy should not shy from confessing the following details:
Ease of doing business: 100 / 190 nations
Economic freedom: 130 / 190
Free speech: 138 / 190
Ease of obtaining construction permit: 181 / 190
Life expectancy: 125 / 190
Education index: 141 / 190
Happiness Index: 133 / 190
Human Development Index: 131 / 190
Gender Inequality index: 125 / 190
The above rankings generally give an impression of periphery status of Indian economy. I opted to specially focus on the given rankings because they are the essential parameters of economic growth and development. Yes, we don’t discourse about it in our public sphere because the government and its media complex intends to sell “peaceful lies” than “dangerous facts” to the people of India.

Considering that governmental committees commissioned by the India’s parliament focus more on the school of poverty from the outlook of salt-water economic thought, which virtually does not benefit the poverty line at large because populism and demagogy incentivize the political willingness in this nation. India is not so rich, like Taiwan, Singapore, South Korea, Japan or Hong Kong, because the so-called economics committees formed to solve poverty are inured to adopt conventional methodologies. It is not coherent to repeat the same model/approach and expect a very different outcome. Only when the government limits the political zone of power interests, capitalism shall rescue more poor Indians from poverty. Say, the richest 10% Indians own 80% of wealth because regulations have been framed in a way that does not mobilize others to grow. From the perspective of “public choice theory (economics)”, the rich grow richer because Indian economy is biased towards its own people. You cannot compel a man to stand in a bucket and tell him to lift the bucket, right? In this thought, laffer curvecan do its prolusion to mobilize more decentralization or else centralization of economy will iterate “permission raaj” system.

To ratiocinate, it would make sense to cherish “Independence Day” when India legitimizes “right to deviate”. Independence is not about depending upon your master. It’s about “freedom from master’s coercion”. When an individual is censored and condemned at the various levels of socialization, for preferring “dangerous truth” over “peaceful lies”, the society – as a whole – is weakening the foundation of independence without realizing the implications of abhorring individualism. When people are dependent upon government to legalize sexual orientation and other privacy-related matters, the society is debauching the state of liberty. In my opinion, it would also make sense by linking the status of economic freedom with the Independence Day celebrations…so that our society would get to organically know its own “intellectual honesty”. Ending this blog with a direct question to introspect upon Independence Day celebration: “Who is more safer at 2 am on our public roads: Cows or Girls?“

Jaimine is an anarcho-capitalist prof. based in Mumbai, India. His hobbies are about defending the liberties of all his dissents without charging any fee at the cost of nobody. 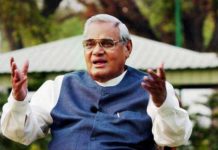