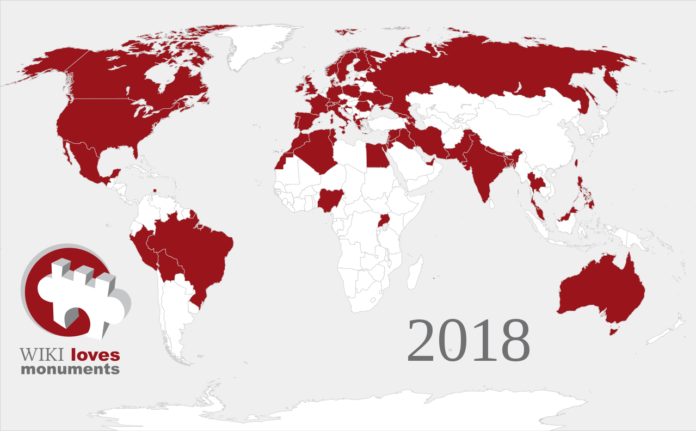 Wiki Loves Monuments (WLM), an international photographic competition held during the month of September, is organised worldwide by Wikipedia community members annually. The competition is affiliated across the globe with the help of local Wikimedia where the participants take pictures of local historical monuments and heritage sites in their region and upload them to Wikimedia Commons.

Their purpose is to encourage people to capture pictures of the heritage monuments and to put them under a free licence so that it can then be re-used not only in Wikipedia but by everyone in any corner of the world, giving the heritage sites a spotlight. First held in 2010 in the Netherlands as a pilot project, the competition has now spread to other countries where the 2011 edition of the Wiki Loves Monuments broke the world record for the largest photography competition.

According to Wikipedia, the 2016 edition of WLM was supported by UNESCO and saw 10,700 contestants from 43 countries who submitted 277,000 photos. The 2017 edition winner, an Indian, Prashant Khatore, submitted a picture of The Khandoba Temple in Pune. Wiki Loves Monuments is open to professional and amateur photographers alike, whether one is a professional photographer or just takes pictures in their vacations or holidays, everybody is invited to give a platform to their pictures.

There is no minimum age to take part and no entry fee. The only rule being, that the submissions for the competition will be eligible only and only if the photos are taken and uploaded by the same person. This is a great opportunity for photographers to contribute to the world’s knowledge and give their country’s heritage sites a worldwide recognition.