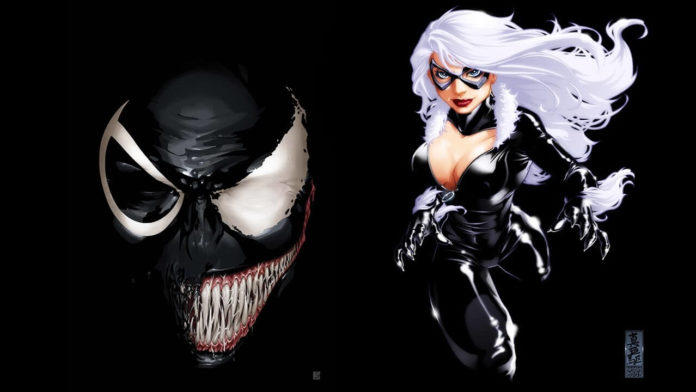 In a joint interview, former Sony executive Amy Pascal and Marvel President Kevin Feige confirmed that there is a possibility that Tom Holland’s Spider-Man could crossover into Sony’s upcoming Venom and Black Cat/Silver Stable movies.

Many have wondered the entailments of the deal that Marvel and Sony struck in 2014 to get the Sony-owned Spider-Man into the world of the Avengers. Specifically, Spidey fans have wondered about the chances of crossover if Sony continued to develop spinoff feature films with characters like Venom and Black Cat.

In an interview at a press junket for Spider-Man: Homecoming, Pascal and Feige were asked about the relationship between Tom Holland’s Spider-Man and the spinoff films. Pascal takes the lead in answering the question, confirming that the possibility for crossover has been discussed:

Pascal describes the upcoming spinoff films as “adjuncts” to the Marvel Cinematic Universe, separate asides that have tangible attachments to those films but don’t necessarily officially become parts of the same films This does seem to create a bit of confusion on the situation, as just days earlier Feige told a news outlet that there were no plans to have the Venom film crossover into the MCU. So it appears that these films will take place in some kind of limbo area. Audiences won’t hear about characters like Iron Man, Captain America and Thor in Venom and Black Cat/Silver Stable, but they will get to see the Spider-Man who fought with those heroes interacting with his classic foes and allies.

Mad Max: Fury Road star Tom Hardy was recently cast as Eddie Brock in the standalone film for the Spider-Man villain, which will be led by Zombieland and Gangster Squad director Ruben Fleischer. The film will be released in October 2018 and is set to start shooting in September from a script by Jeff Pinkner, who co-wrote The Amazing Spider-Man 2. The Black Cat/Silver Stable movie is a little farther behind in development. The female superhero-led film, which is now formally titled Silver and Black, has Love and Basketball and Beyond the Lights director Gina Prince-Bythewood attached to the project. Prince-Bythewood dipped her toe in the comic book pond for the first time earlier this year, by directing the pilot for Marvel’s Cloak and Dagger series.

This kind of crossover on this big of a scale is unprecedented, as we’ve seen characters cross over between the films in their universes before but never into two completely separate universes. When Marvel requested to use Spider-Man for Captain America: Civil War and Avengers: Infinity War, they did a complete overhaul on the character, ditching the established Andrew Garfield and going for a more youthful interpretation. The announcement by Pascal has a bit of a “never say never” air to it, but if this does come to fruition, comic fans will get the best of both worlds with this Spider-Man adaptation.