Have you ever wonder how amazing these lines are created? & How effective they are at the time of conveying the brand story? I believe,

“Ad commercials are so unique that they will convey a story of a 50-year-old brand with exact story that they want to convey to their public with theme, characterization, background, artwork, and message under 60 seconds.”

As a matter of fact, creating and ideating commercials is one of the rarest art forms for a person or team has and being innovative and memorable and trustworthy story is another spectrum.

And many few people achieved the pioneer of this concept storytelling and one of them who became a brand ambassador for Indian advertising that is ADMAN Piyush Pandey. He is from Rajasthan and with his creative analysis around some basic daily activities around his life became some amazing ads and iconic too. To which gave budding film and ad makers a chance to learn the process of storytelling in a better way.

Piyush started from a basic low-level job in Ogilvy & Mather to now as a South Asian chairperson for this company and this year he completes his 35 years of advertising journey on this occasion we interviewed him with a question about his life, ideology and his thoughts on present media world. We are releasing a trailer and a seen peek of our conversation, as well in a meanwhile we listed down top 10 things about Piyush Pandey that you may not know. Starting from:

1. Pandey started his career as a tea taster in Goodricke Group for 3 years and came to Mumbai.

2. Pandeyji  In 1982, at the age of 24 started as an accountant in O&M and then entered into creative department. His first account was sunlight detergent powder. 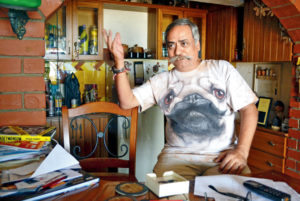 4. He is known for simple iconic Hindi tagline ads like “Harghar kuch kheta hei” for Asian paints and “Chupkeme chipkaya” for fevikwik

5. His one of the biggest campaigns is “Ab ki baar modi sarkaar” With 200 commercials, 150 radio spots & over 1000 print and outdoor creativity in every major language. 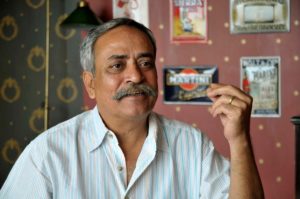 6. He won more than 600 awards in advertising. His campaign for Cadbury was awarded ‘CAMPAIGN OF THE CENTURY’ at the Creative Abbys.

7. Piyush Pandey and Lalit Modi were one of the first people ideated IPL before ICL.

8. He did a cameo in John Abraham & Nargis Fakhri film madras café as a cabin secretary. 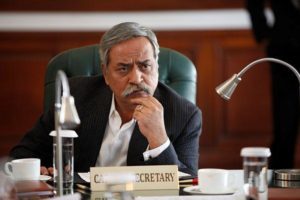 9. He has the distinction of being declared the Most influential man in Indian Advertising by The Economic Times for nine consecutive years.

10. In 2016, he received the coveted Padma Shri for his contributions and achievements.

This year he completed 35 years of his agency life. We wish him all the best in his future endeavors.

This is a place where industry legends and Guruji’s come and share their thoughts and perspectives on questions asked by students and it’s a platform where experienced and creative minds come showcase & share their ideas.

If you want someone to be interviewed as a guest and want to get to know more about them then tweet us with #askbmmguru in twitter & facebook and post your questions. We will interview them for you. 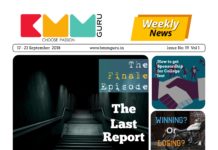