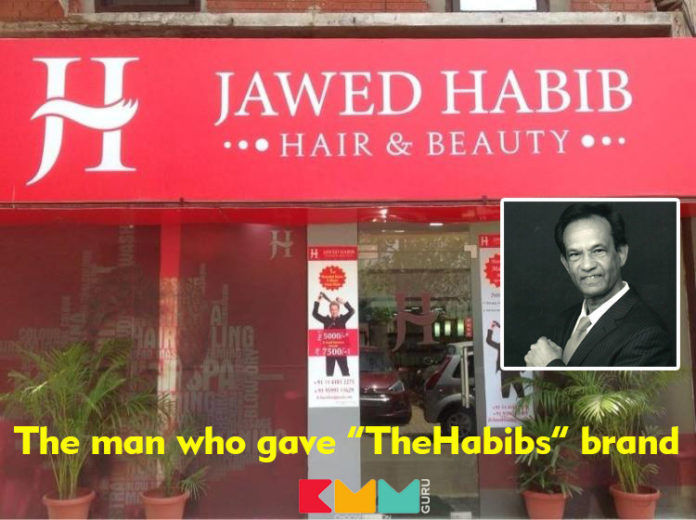 The man who gave “TheHabibs” brand its name.

Habib Ahmed was an affable and soft-spoken person, who single-handedly spearheaded fashion hairstyling in India and took ‘styling’ to a new horizon, refining, redefining and revolutionizing the concept and standards of creativity and dexterity in hair care in India. Habib Ahmed is a hair stylist who has held his shears with honor for five decades.

He has been honored with the prestigious ‘Indian International Gold Award, 1995’ and the ‘Pride of Country Award, 1999’ for his outstanding excellence, meritorious individual achievements and distinguished service to the nation. Also, he is a life member of the World Federation of Supreme Hairdressing since 1968 and has been on the panel of judges at numerous international beauty pageants and hair show.

‘Modern Hairstyling’ and ‘Habib’s Hair Styles’ have found an able ally. He has taken this fragile, hair-thin industry across the country to a luxurious growth, basking in the warmth of glorious snippets carefully scissored away. Those getting a hair cut from this legend feel on cloud nine and boast truckloads. In keeping with the tradition of service with a difference, for the last three decades, HABIBS have carved a niche for themselves in the field of professional and creative hairstyling in India and overseas. Today, this is a brand whose concept of hairstyling is a perfect amalgam of Indian and Western hairstyling based on the Geometrical System. Habib’s father Nazir Ahmed was a barber to theViceroys of British India in its last years, Lord Linlithgow and Lord Mountbatten. Habib had the chance of training with famous European brand names Alexander, Mario, and Bruno.

In 1983, the first Habib’s Hair & Beauty Saloon was set up in the Lodi Hotel. Within the next two years, Habib also set up a teaching institute for styling, Habib Sons Academy, which too operated from the same Lodi Hotel premises. Now, the House of Habib’s is a well-known name in the hairdressing industry, with brand saloons in New Delhi, Mumbai, Kolkata, Udaipur, Jaipur, Hyderabad, Mangalore, Cochin, Goa, Bangladesh, Nepal, London and New York. 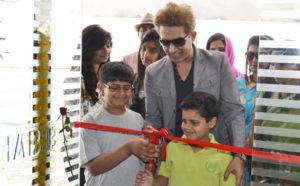 Seeing his work and expertise in styling Habib got advice that ‘If you have one chair, it should be your own.’ Habib took this wise advice positively and started working to give shape to his dream. But Anil Nanda said that he should not take the decision in a hurry. That Habib should wait for some more time and then start his own independent business. But he was confident enough to his business on large scale and change the aura of Hair dressing and Stylizing, Habib has three son’s who are into same business Amjad Habib, Javed Habib, and Pravez Habib. All three are successful in their respective skilled area, but Javed Habib among all managed to take Habib brand on another level of success in Hair dressing and Stylizing.

In one of his interview, Javed Habib Spoke about his Father’s work 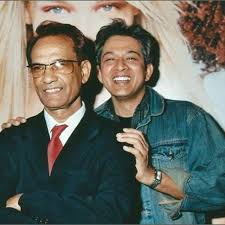 “My father Habib Ahmed studied at the Morris School of Hairdressing in London. He couldn’t have afforded the education had it not been for Lord Mountbatten.

His father and my grandfather Nazir Ahmed were the barbers to the Viceroy. He had joined the services of the British government in India around 1936 at the Viceroy House. After India became Independent, he continued working for the Presidents who occupied the palace that came to be called the Rashtrapati Bhavan”(Javed Habib was born there)  Pt Jawaharlal Nehru amongst his clients; his grandfather was the barber to Lord Mountbatten and several Indian presidents. Jawaharlal Nehru is believed to be one of his father’s clients and his grandfather was in the employ of Lord Mountbatten.

Like his father Part hairdresser, part entrepreneur, Jawed Habib has taken the hairdressing business in India by storm. And there’s no stopping him. Jawed Habib has over 550 unisex hair salons across India with three international ones. Ranked among some of India’s best known hairdressers, he is aiming for greater reach across the world. He says his business is currently worth roughly $30 million with a 2015-16 operational profit of around  $200,000.[Source: Forbes 2016]