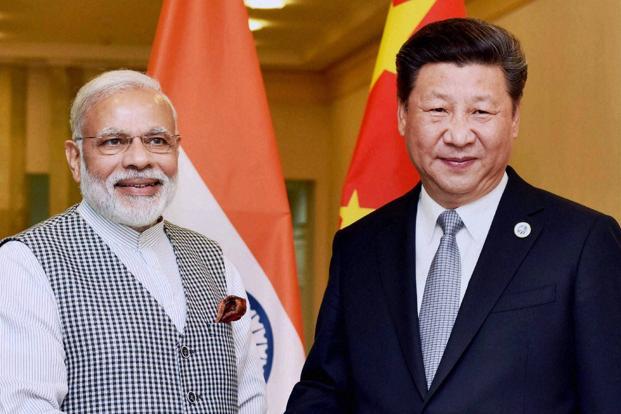 Flipping through the pages of the newspaper everyday, we might be wondering why China has become a frequent destination for PM Modi. Well, when issues between India and China are rigorously intensifying day by day, sitting back home, safe, far away from the Indo-China border, it seems pretty easy to point out at the officials who are trying to initiate peace between the two countries.

The matter about a much talked Doklam issue will acknowledge you to what fuss is going on internally between India and one of its toughest rival, China.

Doklam also called as Donglang in Chinese is a 100 sq km plateau, situated topographically in such a way that it let’s one keep an eye on three different countries. Encompassed by the Chambi valley, Ha valley and Sikkim, i.e. Doklam is situated on a trijunction of India, China and Bhutan.

What made India fret was when China beefed up its Army all of a sudden in 2017, with permanent Army post and heli-pad in the region. The Chinese attempted to construct a high rise mountain road in this region in this disputed area, which both India and Bhutan knew, could be a major National threat. Perceiving about this critical situation, the Indian Army too, muscled up and endeavoured negotiations after advocating of the matter by the US state.

It is 2018 and the brutal war of 1962 still remains without solved land disputes and conclusions leading to standoff. The issue puts at stake, a much vulnerable Siliguri corridor which is the narrow passage of land connecting the mainland of India to the north east India.

With China discovering the advantages of an unrecognized place like Doklam, it began to lay pebbles and tar within the region, violating the Bhutanese national border. When Indian Army lent a helping hand to the Bhutanese army to stop the construction of this road, China was agitated with the intervention of India in the matter of China and Bhutan.

The question that, which country actually borders Doklam has still kept people scratching heads. The three countries follow the de facto policy that states that, a particular area belongs to the one who has a military and physical dominance over the region. As of now, even though Doklam is officially Bhutan’s territory, Bhutan doesn’t really have a dense military presence there.

The long stretched India-China border dispute is highly infamous around the globe, were both Armies keep upgrading themselves at the border, the situation is seen as a serious National issue to be paid heed to, under an emergency call. To avoid any further major damages to the security of the country and its people, to secure the beautiful North East of India, to secure to itself, its territories, India has to deal with this matter in the Gandhian style. As of now, simultaneous meets with the higher officials of China seems to be the best possible attempt to save both Bhutan and India from the communist eye of China. 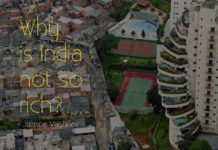 Why is India not so rich?