If you haven’t read the previous article about Starbucks #TheStoryOfBegining then click here! to read it. It covers how Starbucks started and how they raised to be the world best coffee brewing company.

As a matter of fact, on my research, a lot of people I spoke to had a misconception about Starbucks, they said that Tata Company acquired Starbucks altogether. Here is the fact, TATA Starbucks Private Limited, formerly known as Tata Starbucks Limited, is a 50:50 joint venture company, owned by Tata Global Beverages and Starbucks Corporation that owns and operates Starbucks outlets in India. The outlets are branded as Starbucks “A Tata Alliance”.

In January 2011, Starbucks Corporation and Tata coffee announced plan to begin a 50:50 joint venture of Starbucks named  Starbucks “A TATA Alliance”.  Starbucks did not have any reason to withdraw this deal as they failed on their previous attempt to enter into Indian market at 2007. This will help them to grow PAN India.

They started their first store with 4500 sq. ft in Elphinstone Building, Horniman circle Mumbai and then they later expanded into Delhi Indira Gandhi International Airport and their packaging plant supply to the Indian market in Coorg, Karnataka at 2013.

Now TATA Starbucks Private Limited has 96 stores in all around India. In major metropolitan cities as New Delhi, Mumbai, Bangalore, Hyderabad, Chennai, Gurgaon, Pune & Noida and growing all around India.

How big is Starbucks?

Why is Starbucks so different to its competitors?

Of all the brands out their, I believe Starbucks has a very personalized way of service!

I hear ” Welcome to Starbucks!” every time when I enter to their cafe and that amuses me. This story happened to me, In One of their Starbucks Café at Mumbai,  I went to meet a couple of my friends and they were late by 20 mins as it was my first Visit to Starbucks. I took some suggestion from Starbucks staff for a better tasted coffee and then I sat down in one of an empty Table with my coffee and few mins later there was a man came to me politely asked for few mins of my time and he literally explained to me all the basic question from how to smell a coffee to how to observe the quality and where coffee beans come from? It was strange for a moment but after he was done explaining, I started loving coffee because I know how to enjoy the coffee & now I drink coffee regularly.

I believe that he coming out of his way from just selling a good coffee to educating me about how to taste coffee! This has not just bought them a new customer but a coffee lover who not going to leave starbucks any time soon.

I can’t see this kind of personalization anywhere else in any of their competitor’s brands in the market. I believe this is what makes them be leaders of coffee & tea industry. They don’t have customers they have coffee and tea lovers.

2. Starbucks’ original name was going to be Pequod after a whaling ship from the classic book Moby-Dick. Luckily, one genius co-founder said, “No one’s going to drink a cup of Pee-quod!” They named the company after the chief mate on the Pequod, Starbuck instead.  Think about it, it would be so disgusting if we would be going to Pequod coffee shop every day for a coffee.

3. Starbucks solo roundtables aren’t just a cute design choice. They’re meant to make people feel less lonely (because there are no empty seats at a roundtable). So that we don’t feel like the world hates us. 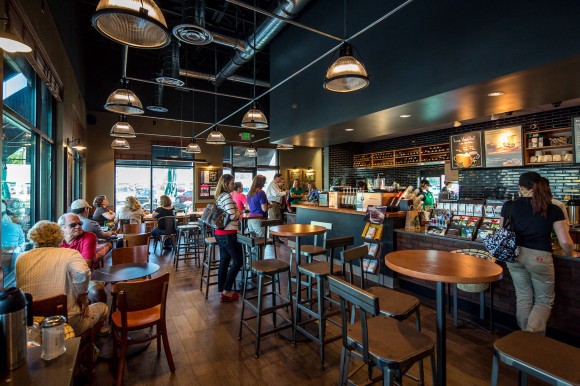 5. The company once claimed that there were over 87,000 different possible drink combinations at Starbucks. Which pretty much means you’ll never, ever get to experience every glorious one, because even if you got two drinks every day, it would take you more than 119 years to try them all.

6. Hear Music is the brand name of Starbucks’ retail music concept. It was purchased by Starbucks in 1999. Nearly three years later, in 2002, they produced a Starbucks opera album, featuring artists such as Luciano Pavarotti, followed in March 2007 by the hit CD “Memory Almost Full” by Paul McCartney, making McCartney the first artist signed to New Hear Music Label sold in Starbucks outlets.

Bonus: Starbucks is famous for misspelled names in coffee cups of their customers and the reason they do it is to make us post the weird given name by them and Starbucks branded coffee cup to our social media and share it with our friends, this way they get free promotion all around the world. Look at it such an innovative marketing technique. Read the whole misspelled story here. 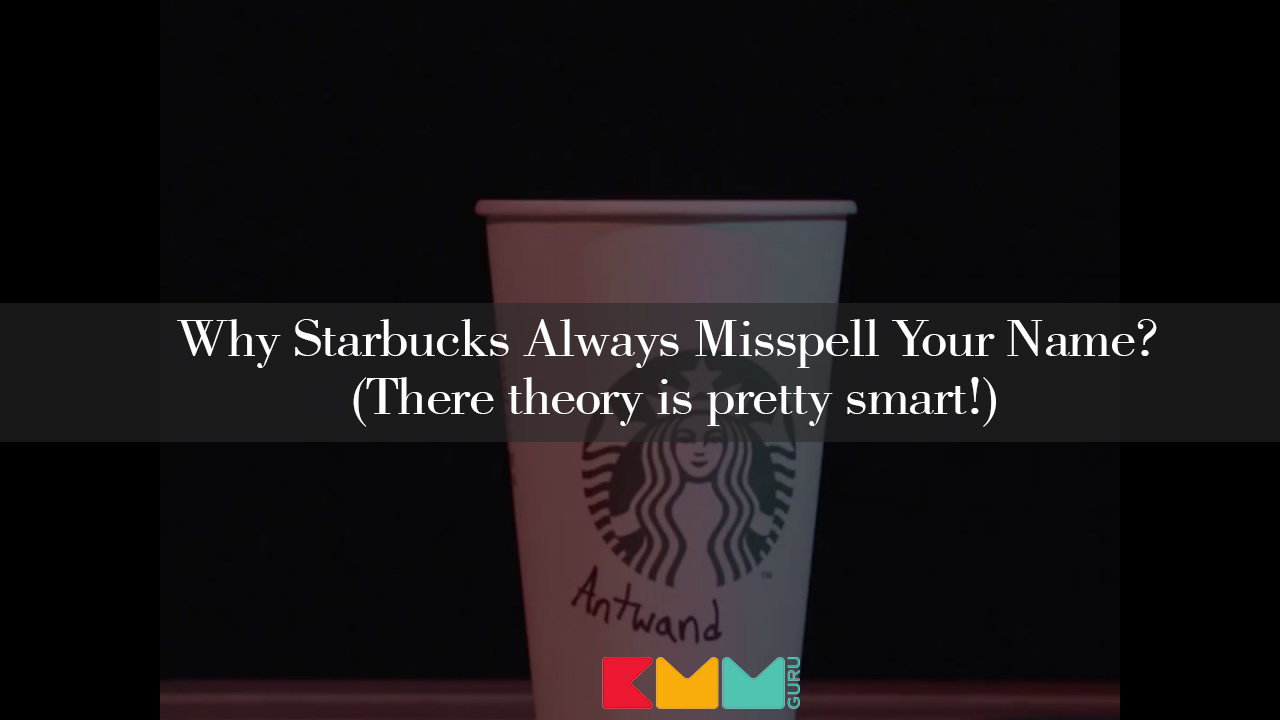 A successful company will understand their primary customers and their shift in a culture very well, if brands reached this stage then brands no longer need to do any marketing for their company, it will get branded by itself. Starbucks misspelled free advertisement is the best example to show their capabilities of analyzing their consumer behavior and taking a right decision & there was a thin line between taking that situation with a sense of humor and sharing with friends one side and getting upset with the brand and discontinuing the brand for a misspelled name was on the other side and this kind of risk can be only taken with full conscious because they profiled their consumer. The more you know about your consumer the more you can test new products and create extensions and still be a successful brand.

If we think back to 1971, It all started as one coffee shop at Seattle by 3 people who started it as shop for selling roasted beans now become a multi-billion dollar business which is also successfully trading in NYSE and very well established in 50 different countries & they found their real reason for Starbucks existence by Howard’s one trip to Italy and understand their culture and beliefs.

Brand karma brings out some amazing brand stories with some never heard facts before and brands that made our day so easy. To read more this kind of articles stay tuned for updates and subscribe to us. You will get a notification on all our new posts.