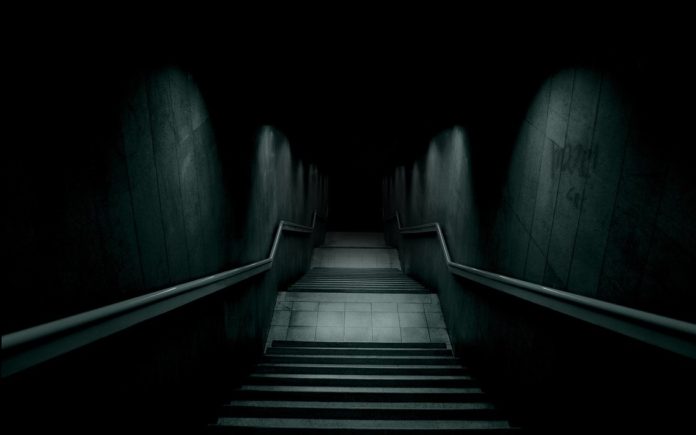 I was now staring at hope. I let the tray go with a Sprint, it hit the floor. I stood still for a few seconds trying to wrap my mind around it and moved closer to the tray and peeked into it. The girl from the picture. It was me. I am hope. The girl that died. I volunteered for this.. How is my own face so unfamiliar to me? I looked at syne with tears in my eyes. He Gently nudged my hand and licked it, sniffed the drawers and stopped at one of them. I opened it to see a rusty old key. He prodded my arm with his nose hinting me to pick it up. He bowed down again asking me to climb on him. There was something else he wanted me to know. He walked out of the door and into the hallway again but this time the other way, deeper into the facility. I held him tight and rested my head on his, It was pitch black but I could feel him walk down a flight of stairs. Once my eyes adjusted to the darkness I could see us entering another hallway. Not as bloody as the last one but the floor still looked awful. At the end of it was a door where syne stopped. I got off of him and turned the nob and discovered the purpose of him asking me to pick up the rusty key earlier. I unlocked the door, it was just a tiny room, not as dark, with a tiny table and a lamp above it and with a door at the corner. The door had a tiny glass window illuminating the room. There were papers scattered around, the room was a mess. A few bloody hand prints here and there. Syne walked inside after me and sniffed a few, he tried to tidy some of the papers as much as he could, he looked at me to see if I noticed. He looked content once I smiled at him. He just went to a corner and sat down like knew it would take time. Nothing on the floor looked important, some papers had numbers on them, some had words and diagrams, nothing that made sense to me. I walked to the table, there was a file in the drawer with no tag or a picture. It just had a few diagrams I didn’t get and a smaller envelope with a few more papers in it, said they didn’t put syne down and decided to study him. Syne learned and remembered everything exceptionally fast and with extreme precision. He seems to have no recollection of the tricks or commands they taught hi before the serum sessions were started. After a few weeks of studying his behavior, during a physical check up they noticed that the boy wasn’t gone, he was there inside Syne. He had two healthy hearts beating and one of his eyes changed color and turned brown occasionally, they believe it’s when the boy wants to communicate. They found it very fascinating that syne managed to keep the boy alive, and in a place that no one could ever take him away from him. Syne retains his memories and also his behavior at times. He was very cooperative and calm throughout all the experiments and tests until he saw them bring another subject in. He was calm a moment ago and then went berserk the other. He grew in size and tried to break through. The shackles and chains contained him efficiently. He would howl at night and his size would fluctuate frequently.

On one fateful night he broke free and the moment he did, he went on a killing spree. He killed every one in the facility.

I looked at syne wide-eyed, he didnt look as sorry for killing these people as he was for killing the little boy. No matter how murderous he might be, he just doesn’t scare me anymore, the look in his eyes isn’t that of a murderer, I thought to myself and continued reading.

A few managed to lock themselves here in this room to save themselves but syne waited outside for days. Barking at the door, with him being genetically modified, he could go without food, water or sleep, he was the deadliest thing one could ever have against them, nobody had a chance. They were going to run into the woods through that door.

I looked at the bloody handprint at the knob, “looks like they made it outsi..” I muttered as the severed bodies in the pit flashed in front of my eyes. Without another word I turned the page.

The the reason for him becoming aggressive is when he saw me. The “other specimen”. They couldn’t study me, Syne didn’t leave anybody alive who had the chance to. The only person he was dangerously protective of was me. Hope.

“The first human to ever volunteer for the experiment, unaware of the fact that her very own brother was devoured by the previous subject. Syne.”

Thank you everyone for supporting us and liking our story, we will surely bring you many more such interesting stories from BMMGuru Originals.