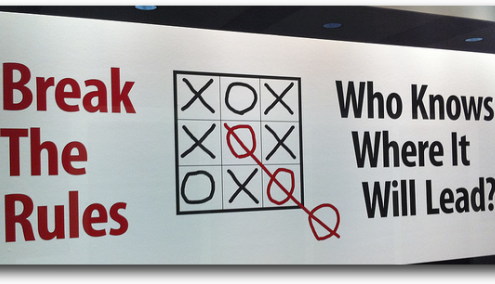 When it came to your teacher making you stand outside the class or punishing you for breaking the rules, one dialogue that immediately popped in your head was “Rules todne ki liye hi toh banaye jate hai!” That was the teenage hot blood gushing through your veins. Breaking rules gave you an adrenaline rush, didn’t it? You would feel like a hero and would imagine narrating your adventures to your grandchildren with pride.
Well then as you grew up, your mind was halved into a dual personality. One was the Satan and other was the Saint. There were times when the Saint held you by your shoulder and refused to let you cross the line. It saved your neck and you silently appreciated its maturity. But undenyingly there were also times when the evil Satan pushed you on the broken bridge and you feared falling in the river full of crocodiles. The Satan gave you wings to fly and you crossed the bridge which gave you a high. You laughed loud and thanked the Satan for the mind-blowing adventure.
But have you really thought of this, from the time ape civilized to the time we faced two horrible world wars, man himself created rules for his safety. There was no bible containing laws and rules that popped out of the surface of earth. It was us, the very human being who thought rules were necessary.
When you come to think of it, rules are important for you could die if they did not exist. But rules if become the cage that prevents you from flying, you need to steal the key and open the doors and let yourself out.
-Kinjal Shah