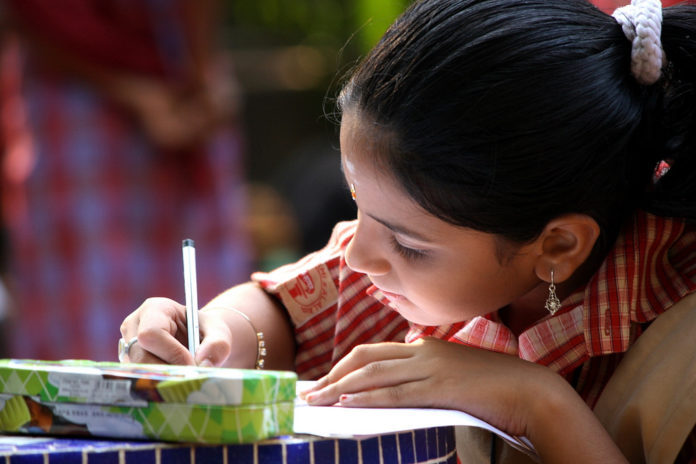 The judgement day was soon to come, but the attempts to make the decision in their favor was to begin today. The election campaign, the rally.

A garland laden Jeep, a hundred men with saffron scarfs, a hundred hoardings waited for Guptaji and so was Mrs.Gupta. Standing with the iconic Dahi Shakkar and Diya just like a queen who is set to bid her king to the battlefield.

Beloved son of the Gupta’s left no stone upturned to assist his father, they saw the next M.L.A in him. But he had a competition in his own house, his sister, Gupta’s little daughter, an 8 year-old enthusiast.

“Papa, even I want to work in your rally.” She plead at a hasty Guptaji.

“Yes darling, but once you grow as old as your bhaiya.”

“No! No! I want to do something for you! I want to contribute to your victory.” She urged again.

Guptaji let it go, “Do anything beta, tell your friends, uncle aunties, teachers, principal, to vote for me. Draw or write to promote our party.”

“Got it! I will draw your flag and then you can put it on your Jeep.” She rushed to collect her crayons.

An hour later, as Guptaji advanced his steps outside the verandah, little feet raced out behind him.

“Papa wait! The flag is ready. It will assure your win papa, put it on your Jeep.” She claimed.

As she unfurled the paper to flash her drawing, Guptaji along with the entire mob fell mum. Jaw dropped, slogans stopped, amazement with anxiety shone from their eyes.

“Not a palm, nor a lotus she drew. What she did instead were three stripes flowing Saffron, White & Green. “

Well the party flag needed to be there, but it couldn’t outshine the crayoned tricolour on the Jeep bonnet as per the little teacher’s demand. No matter that the party was the route to his M.L.A seat, the flag of India reminded him of a priceless lesson from a priceless little teacher. A teacher who promised victory, not just of a Politician: a selfish man, but also of a Politician: a servant of the country.