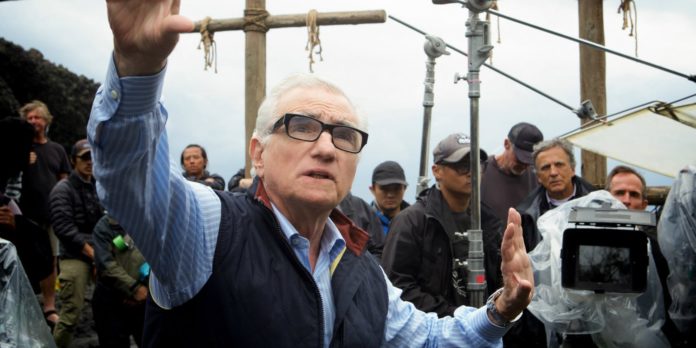 Martin Scorsese May Film The Irishman & Flower Moon Back to Back

Martin Scorsese may wind up filming his next two movies – The Irishman and Killers of the Flower Moon – back to back. The Irishman is a longtime passion project that the legendary, Oscar-winning filmmaker is now producing as a Netflix original movie. A gangster film based on the real-life exploits of the infamous mob hitman Frank “The Irishman” Sheeran, The Irishman is expected to begin production this September for either a late 2018 or an early 2019 release date. In addition, the project will reunite Scorsese with his longtime collaborators Robert DeNiro and Joe Pesci, among other seasoned veterans of the cinematic gangster genre.

Killers of the Flower Moon is also based on a real-world historical crime story – one that was previously documented on the printed page by The Lost City of Z author David Grann in the book, “Killers of the Flower Moon: The Osage Murders and the Birth of the FBI”. The movie will examine the real-life murder spree that took place in Osage nation, Oklahoma, in the 1920s, shortly after oil was uncovered beneath the residents’ land. A script draft for the project has already been completed by Oscar-winner Eric Roth (Forrest Gump).

Dante Ferretti, who has served as production designer on several Scorsese films since the 1990s (including his most recent directorial effort, Silence), has informed Variety that Scorsese wants to start filming Killers of the Flower Moon next spring. Ferretti also informed Variety that he expects to start prepping the Flower Moon movie adaptation around the same time that Scorsese begins principal photography on The Irishman, so that filming on the former can get underway “immediately” after production on The Irishman has been completed.

This update all but confirms that Killers of the Flower Moon will be the next collaboration for Scorsese and star Leonardo DiCaprio, marking their sixth film together overall (and their first since 2013’s The Wolf of Wall Street). Killers of the Flower Moon will see DiCaprio working on familiar ground subject-wise, following his turn as J. Edgar Hoover in Clint Eastwood’s 2011 biopic about the FBI head. Similarly, Scorsese is no stranger to either true crime stories and/or those set in the 1920s, following his efforts on the HBO TV series Boardwalk Empire (which he produced and directed the pilot for). The project should play to their strengths as storytellers, in other words.

Killers of the Flower Moon‘s setting should likewise be brought to life with the meticulous attention to detail that is customary of Scorsese’s work. Cast in point, Ferretti informed Variety that “the 1920s world of the Indians who lived [in the Osage nation] needs to be reconstructed” for the project, which is why he will be starting his own part of pre-production rather far ahead of the first day of filming. This also goes to show that like his fellow “1970s Brat Pack” filmmaker Steven Spielberg (who will release the historical drama The Papers this December, followed by the Ready Player One adaptation in March), Scorsese isn’t letting age slow him down.

Whereas moviegoers will undoubtedly get to see Killers of the Flower Moon‘s version of history on the big screen though, there is some question whether or not Netflix will be giving The Irishman the same theatrical release treatment. Ferretti, for his part, seems to be expecting as much, telling Variety that “I don’t think Martin would accept the fact that one of his movies would just be seen on a small screen and not in movie theaters.”