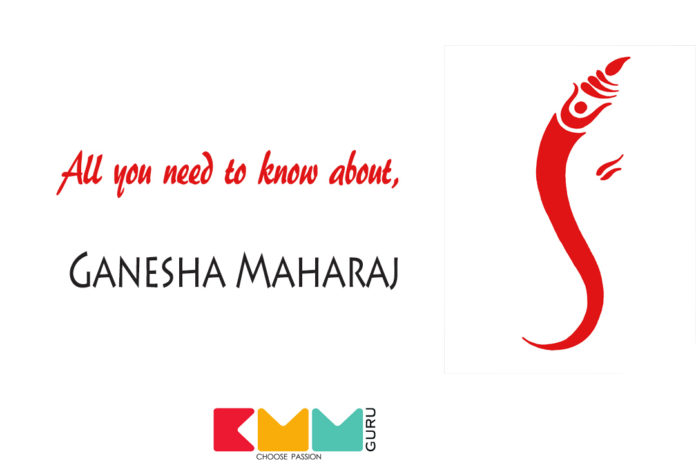 Ganesh Chaturthi or Ganesh Utsav festival was first celebrated by Chhatrapati Shivaji Maharaja, the great Maratha ruler and since then it is being continued. This festival is popularly also known as ‘Vinayak Chaturthi’ or ‘Vinayaka Chavithi’.

A Symbol Of Wisdom and a bringer of Good Luck who remains with us everyday in all parts of our existence, whether it’s an occasion, merriment, Good or Bad. He is our True Almighty Guardian. Everyone of us loves one of the most admired LORD GANESH.

Ganesh Chaturthi is one of the most awaited and widely celebrated festival of Maharashtra. It is celebrated with great pomp and show in different parts of the state, though Mumbai and Pune witness maximum grandeur and zeal.

Story behind the birth of Lord Ganesh:

Since then, it is said, no new venture – the inauguration of a company, the opening of a shop, the foundation of a building, entering a new home – is deemed complete by Hindus without performing a Ganesh puja. He is always honored first in most worship services and rituals. He is known as the god who removes all obstacles, one who gives you success in your ventures.

Ganapati Utsav is celebrated all across the country and is one of the the biggest festival’s in the state of Maharashtra.

Though the Ganesh Chaturthi festival had largely been a private one, it was 1894, when the Maratha politician – Bal Gangadharva Tilak – also known as “Lokamanya Tilak” introduced a new way of celebrating the Ganapati festival as – collective community worship. He called it ‘Sarvajanik Ganeshotsav’ or Public Ganesh festival.

One of Tilak’s strongest movements to evoke nationalism through religious passions was the organization of Ganesh Chaturthi in Maharashtra, which not only inspired feelings of Hindu unity in Maharashtra, but gave freedom fighters an opportunity to meet, when the British government made it illegal to hold any political gatherings, writings and slogans. Tilak also sought to have all the immersions take place on the tenth and final day. Since then this festival just like the many other Indian festivals that are celebrated with pomp and show, is an extraordinary testimony to the public place of religion in Indian life.

This form of community celebration became a norm. And today many communities gather subscriptions from a group like a neighborhood puja committee or on behalf of a residential area, market, or organization for the purchase of large idols of Ganesh. These large Ganesh idols are then placed on pavilions or “mandaps” and amidst much fanfare and revelry, the priest installs the idol of Ganesh by chanting shlokas or sanskrit holy verses. These huge idols of Ganesh are then made the object of collective worship for the rest of the festival days.

May Lord GANESH of Large body, curved trunk, with the brilliance of a million suns, make all our work free of obstacles always..

Have a great weekend through enchanting celebration of Ganesh Chaturthi with loads of Sweets and Blessings of Lord Ganesh.
Ganpati Bappa Morya !!!

Here I shared a note on mystery behind the birth of Lord GANESHA, and his powers. Hope you all will like this.