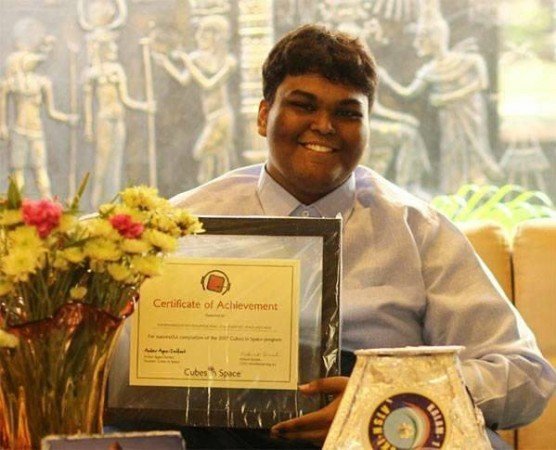 Rifath Sharook, an 18-year-old student from Tamil Nadu, has developed what he claims is the world’s smallest and lightest satellite.

The satellite has been designed in a way which will have a 240-minute mission in space and will operate for 12 minutes in a micro-gravity environment of space.

The main role of the satellite will be to demonstrate the performance of 3-D printed carbon fibre. We did a lot of research on different cube satellites all over the world and found ours was the lightest,” Sharook said.

Earlier, in 2015, Sharook had invented a 1,200g helium weather balloon from a ground in Kelambakkam. The invention was a part of ‘Young Scientist India-2015’ competition held by Space kids India.

With this young guns proving that apart from being married/hooked with social media, doing something like this exceptionally super. And very soon you, yes you will make us & our country proud