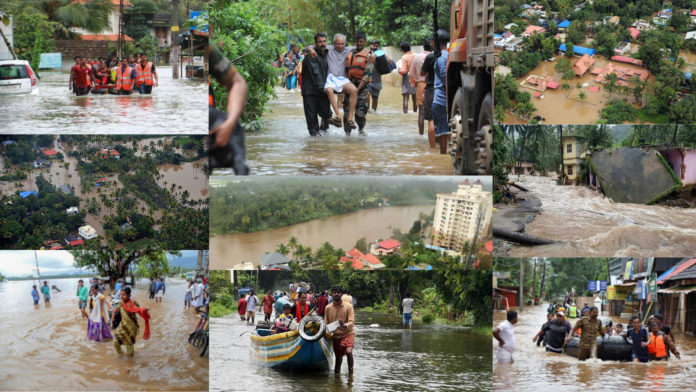 Even though the water level in flood-hit Kerala has started to recede, with the death of 445, thousands of people are still packed into temporary relief camps and a few reported missing after the devastating floods.

With people coming up other than the central Government and authorities of different countries, Kerala is trying to gather back its strength and rise back on its feet.

All the states donated a certain amount of money to Kerala from their respective funds, not to forget UP Police Personnel who donated their one day salary and all Aam Aadmi Party legislators and Congress MLAs donated their one-month salary. The former Chief Minister of J&K Omar Abdullah also donated his one month salary.

Further donations were made to the Chief Minister’s Distress Relief Fund by Indian citizens and people abroad through cards, real-time mobile payments interface UPI, mobile wallets, internet banking, cheques, or demand drafts. Paytm said it will match the donations users make with an equal contribution from its side, and the amount received by them were more than 10 crores.

Celebrities showed their immense support towards the stare by doing their bit and donating to Kerala.

The Government declared the contributions to the relief fund an exemption from taxation under India’s Income Tax Act.

Supplies to the relief camps and the state were provided via online retailers such as Amazon.in and BigBasket. It also allowed the shoppers to choose items to donate, pay for them, and place the order. Going the extra mile, Amazon India tied up with relief organisations Habitat for Humanity, World Vision, Goonj, and Oxfam India.

To encourage the donators, BigBasket offered a 20% discount on next orders for shoppers who made a donation for the Kerala floods.

Local collection centres were organised in all major cities across India, and the groups kept sending truckloads of supplies to Kerala.

Prime Minister Narendra Modi promised Rs. 500 crore in aid along with more helicopters, boats and other equipment for relief and rescue after he did an aerial tour of the worst-affected areas.

India’s air force and navy helicopters airlifted stranded people from rooftops, and the Indian army did their bit by sending rescue teams.