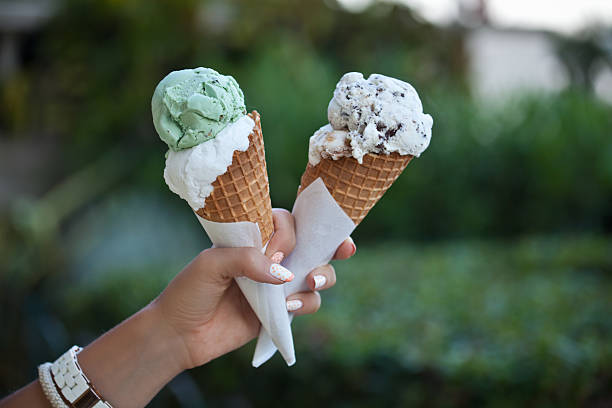 What if an opportunity and need came at right proportion? Then it would be a successful business; we are not just speaking about demand and supply, but also manpower and distribution. Such scenarios make revolutionary products one such innovative combination is a story that we are going to discuss.

Long back in the early 20th century, the patent for cone making was awarded to Italo Marchiony in 1903. Marchiony was a street vendor on Wall Street where he sold lemon ices from a pushcart to Wall Street brokers and runners. He had been working on a cone-making device since 1896 and filed for a patent in 1902.

Although Marchiony is credited with the invention of the cone, a similar invention was made independently at 1904 St. Louis world’s fair, Ernest A. Hamwi, a Syrian concessionaire. Hamwi was selling a crisp, waffle-like pastry — zalabis – in a booth right next to an ice cream vendor.

Because, Ice cream’s popularity the vendor selling it ran out of cups to hold them and he was figuring out how to sell ice-creams to his customers and next to his counter, he saw hamwi waffle like pastry but it was hot and soft, Ice-cream vendor got a though and he went to Hamwi and looked at his waffle pastry making machine and end product, he cooled it for few seconds and once it became hard he shaped into a cone and he make a deal with hamwi that he can place ice cream on top of the cone he just created. Hamwi accepted it. And the customers were very happy they liked the combination of a chilled ice cream and a waffle to eat it at the end.

That moment a new business was born.

Stephen Sullivan of Sullivan, Missouri, was one of the first known independent operators in the ice cream cone business. At the same time, Hamwi was busy with the Cornucopia Waffle Company. In 1910, he founded the Missouri Cone Company, later known as the Western Cone Company.

As the modern ice cream was developed, it was made in firstly they mold the waffle pastry into a cone (By hand and later mechanically) and ice cream served on top of it.

In 1920 the cone business was fully formed. The cone production reached a record of 245 million. Slight changes in machinery had led ice cream cone the way in which we see it today. Now millions of cones are turned out on types of machinery that are capable of producing about 150,000 cones a day.

When we look back to these individual inventions and their process of perfecting, it’s fascinating how an opportunity with the held of demand and proper supply can make a small change in substitute can turn into a whole business.

Later in 1950’s many brands made this into one of their main products and with different flavored bases and different set of toppings on ice creams.

The facts mentioned above was taken and rewritten in a timeline format for readers understanding.