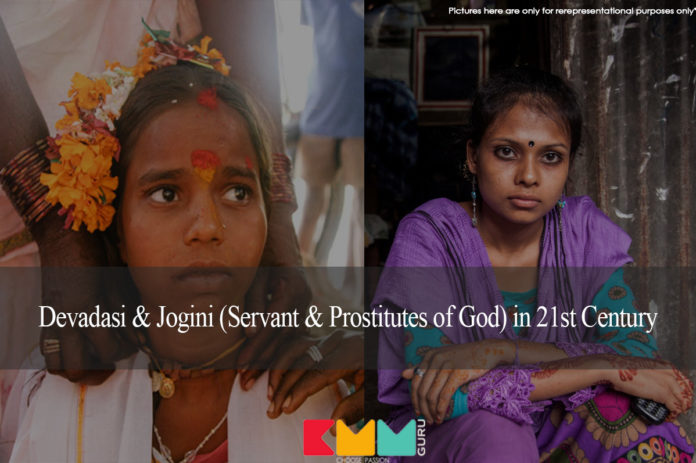 An ancient tradition which sees girls dedicated to a lifetime of ‘religious prostitution’ has become a big business on the streets of southern India. This articles explains what it means to be a devadasi in the twenty-first century. 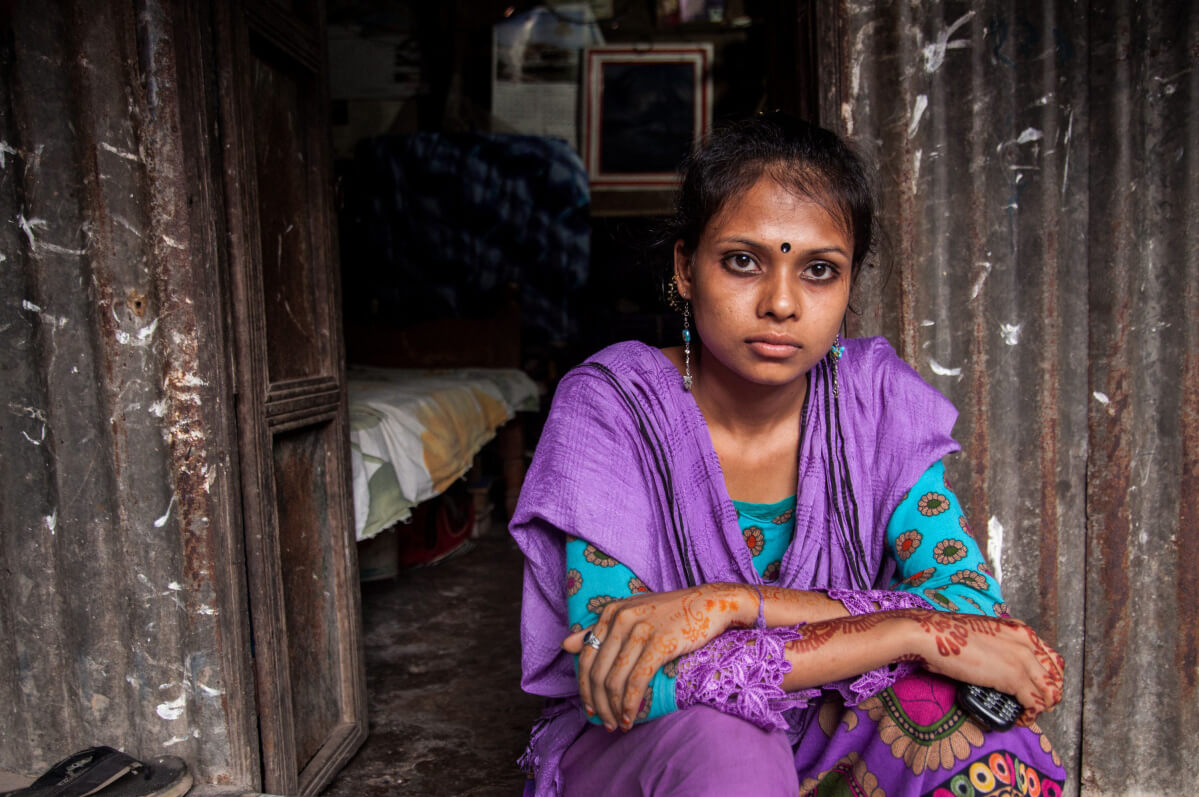 One day, I walked into a meeting at an NGO,” I recall, “and there were a group of women sitting there, whom I assumed were prostitutes. But later, someone told me that they were actually devadasi or “servants of god”; religious prostitutes, and part of an ancient Hindu tradition. It was at that point my interest was piqued.”

I began to research the custom’s history, concentrating particularly on the state of Karnataka. I discovered that the tradition there stretched back as long ago as the sixth century, when young girls, often from wealthy backgrounds, were dedicated to local temples. After going through a dedication ceremony which “married” them to the fertility goddess Yellamma, they would act as temple care-takers: performing rituals in honour of their goddess, as well as dancing and playing music for the entertainment of wealthy locals.

Over time, however, the tradition began to change, and the devadasi became less respected. “Many ended up becoming the mistress of a particular ‘patron’ – often a royal, or nobleman – as well as serving in the temple” , “and eventually, the connection with the temple became severed altogether. Today, although there are still many women called devadasi, and who have been dedicated to the goddess, a lot of them are essentially prostitutes.”

So how did the devadasi fall from grace? “The practice was outlawed in India in 1980’s, “by which point, its connection with prostitution was well-established. But it seems to have been linked to the fall of the old Hindu kingdoms over several hundreds of years. As Christianity spread especially, temples lost their influence, and women were forced out onto the streets.”

As I researched for my article, Devdasi in twenty-first century, I spent several months tracking down and meeting some of the  devadasis in Mumbai. Getting access to the women posed a challenge, but my experience working for NGOs managed to provide me with several leads. Out of those I interviewed, nearly all cited economic need rather than religious tradition as the main reason behind their chosen path.

“Many devadasi are sold into the sex trade by their families, The parents know that they’re not really giving their children to be religious servants, but they turn a blind eye. The only devadasi I met who saw the tradition as strictly religious was a rather bizarre cross-dressing male version, who spends several hours a day in prayer.”

The most interesting fact was how female-driven the industry is. “It’s very much women recruiting women. When the devadasi become older and can’t attract the same business, they end up trafficking, and taking girls from the small villages to big cities like Bangalore, where they set up brothels. Most of the girls chosen are illiterate agricultural workers, who go because they think they’ll make more money as devadasi than if they work on the land.”

Do any make their fortune? “A few can – a client might pay a few thousands for a night with a virgin devadasi. But a lot of devadasi in their 30s or 40s are selling sex for about 1000 to 5000 rs. The strange thing is that though they see themselves as superior to non-religious prostitutes – and even though they often dress to look different, with distinctive jewellery and clothes – I don’t think the clients see much difference.”

So at last my question is, what’s the difference between a prostitute and a devdasi ? I guess at the end of the its all about buying and selling of human body

This above article was inspired by Vice Documentary about Prostitutes of God and here is the documentary.