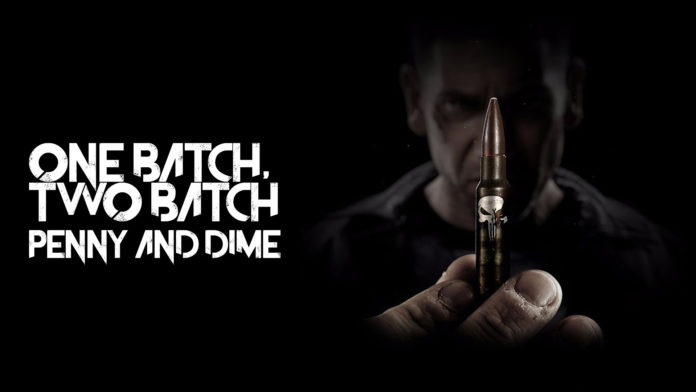 HE DOES NOT FIGHT CRIME, HE PUNISHES IT.

Today we’ll be exploring the comic book origins of frank castle otherwise known as “THE PUNISHER”. As with most comic book characters there are often reimagining and different versions to a character’s past. We have chosen to primarily follow the storyline which unfolded in 1974’s THE AMAZING SPIDERMAN NO #129 which was expended upon 1975’s MARVEL PREVIEW No #2 and PUNISHER YEAR ONE.

In his début appearance, the punisher was introduced as a mysterious costume vigilante who waged war on criminals. Who have been hired and misled by jackal to end Spiderman following this dramatic introduction the punisher was given his own origin story in which he was shown to be one of a kind hero. 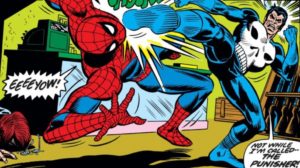 With his back story flashed out he was revealed to be a man named frank castle who of all things started out studying to become a priest however his inability to forgive those who did evil act led him to enlist and become the us marine captain.

Afterwards he married a woman named Maria they had two children together before a fateful afternoon when they decided to have a picnic in central park, there they saw a gangland execution of an informant by the costa crime family and were gunned down.

Somehow frank survived the massacre and awaken while placed in the body bag, filled with panic and anger he fought the police before being sedated and taken to the hospital. While recovering from his wounds the mafia send hitmen to tie up loose ends, overwhelming his assassins he was then taken to the police station to give testimony to his horror.

The men he identified were revealed to have ironclad alibis released he sank into deep depression and contemplated suicide, however he soon turned to revenge as his sole motivation to staying alive.This led him to begin tracking down his killers who intern blew up his house. 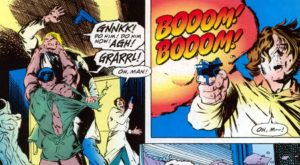 Since the bomb has gone off while frank was about to enter the house both the police and his killers thought he had perished in the blast, it was this point frank decided to fight fire with fire abandoning all rules to claim justice.

Revealing himself to a sympathetic detective he had met he explained he wasn’t bound by the law anymore and was thus capable of taking out criminals that come to own the city. Unable to condone his actions the detective instead hinted that the equipment were in his car’s trunk and he wouldn’t be surprised if his car was randomly broken into.

Claiming the supplies frank became “THE PUNISHER” a man clad with a white skull painted over a bulletproof vest this became the symbol of his cause to death to criminals that became otherwise untouchable, waging a personal war on crime he killed dozens of gangsters and finally track down billy Russo the costa family’s top hitman, smashing Russo’s face through a pane of glass, frank had his revenge.

However, Russo survived only to have his face hideously stitched back together eventually becoming the punisher’s arch nemesis “JIGSHAW”.

SO DO YOU BELIEVE IN PUNISHERS WAY OF SOLVING CRIME.