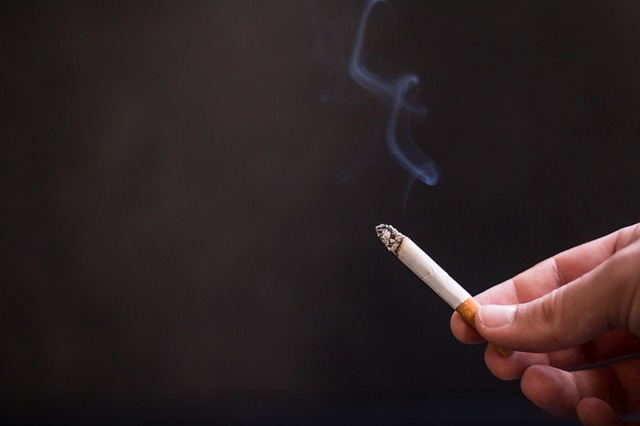 The doomsters say, “Love Kills.” In Arjun’s case, it really was. The cigarette box in his pocket too warned him- ‘SMOKING KILLS’ and that’s how he killed himself every day in a love.

Every time she stepped into the classroom, his heart flutters his smile thrived. But every time he watched her with another guy, his soul flamed up like the burning cigarette end into ashes.  Recalling the slam of rejection on his face yet again, he slides his hand into his pocket, digging for the nth number of the cigarette of the day, dragging a puff and letting his sorrow away through the smoke. In the ailments of his heart, his lungs suffered.

Everyone witnessed a bright student, an amazing orator, and writer getting dingy day by day. And who could be more worried than his best friend? He had to plot something to pull his friend out from the burrow of heartbreak and more importantly, to eliminate his newly acquired hobby of smoking. College visits, was every day, her presence couldn’t be avoided, making Arjun move on wasn’t in his hand, but pulling away that cigarette from between his lips was what he can do.

The next day before college, Arjun’s best friend visited his place. Secretly, he replaced all his cigarette boxes hidden in his closest, under the bed, in his bag, in all his pockets. Further, he also hid his wallet so he won’t be able to buy one when he doesn’t find any cigarettes with him. He managed to plan the entire thing well and take him along to the college that day.

Just like any other day, he watched her again; his heart fluttered again and broke apart yet again. And yet again he puts his hand in his pocket to pull out the cigarette. He pulls out, not to find a cigarette but a pen instead of in his hand.
Puzzled, Arjun turned to his best friend who was already looking at him generously. Clenching a notepad in his hand, he said

“Just scribble everything down.”

Arjun was pissed. But he gave another thought. Pulling the Notepad in front of him, he scrawled everything down. From the very beginning, from the first sight, to love, rejection, heartbreak, jealousy, anger, frustration, agony & misery, everything. The Notepad listen to it all, its pages soaked his tears. Pages after pages, he jotted down his heart, his heavy heart never felt that light. From poems to 4 Liners, he fueled the writer in him again.

After that day, every time he pulled open the notepad from his pocket in style. That day, on the occasion of New Year eve, Arjun’s best friend presented him with a new best friend in the form of the Notepad and pen. Even in the deepest despair, he would let the pen vomit, not his lungs. In deciding to never smoke again in her memory, to not fall for her again or anyone who doesn’t value his concern, he got his New year resolution, a new day to start valuing himself more.