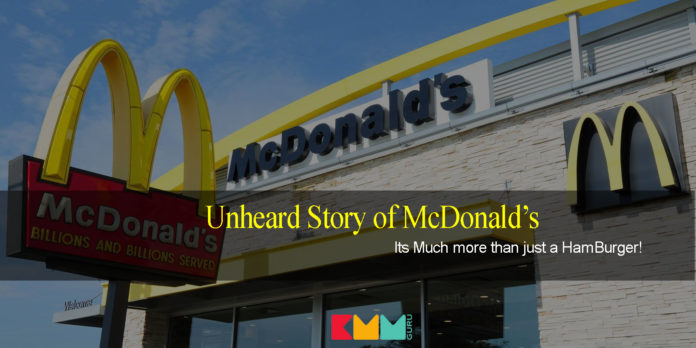 In 1974, Ray Kroc, the founder of McDonald’s, was asked to speak to the MBA class at the University of Texas at Austin. After a powerful and inspiring talk, the class adjourned and the students asked Ray if he would join them at their favorite hangout to have a few beers. Ray graciously accepted.

“What business am I in?” Ray asked once the group had all their beers in hand.

“Everyone laughed,” Most of the MBA students thought Ray was just fooling around.

No one answered, so Ray asked the question again. “What business do you think I’m in?”

The students laughed again, and finally, one brave soul yelled out, “Ray, who in the world does not know that you’re in the hamburger business.” Ray chuckled.

“That is what I thought you would say.” He paused and then quickly said, “ladies and gentlemen, I’m not in the hamburger business. My business is real estate.”

The above conversation is taken from Book: Rich dad & Poor dad by Robert Y. Kiyosaki

If I would have asked you, what would be that one word, that can make the most disruptive idea as a business model which is unbeatable in the market, with it’s world’s most revolutionary system of food production, with a realistic & a flawless model of quality check & most innovative process of order taking? If I can sum it up then that Business would be McDonald and that one word will be Persistence.

Of all the remaining articles, this article of BRAND KARMA is not just a story of a big billion-dollar brand but, it all about vision & perseverance of 3 men. I think it would be justified if I tell you the story from two different perspectives. On one side there are two brothers (Dick & Mac McDonalds) who kept their life learning in a system that changed the way how the whole world eats their food and the process of delivering a quality food in less than 30 seconds and on the other side, a businessman who saw the true potential, who strived hard and kept all his blood, sweat & tears into one idea and made the business from a single store to the way as you see now today, Ray Kroc, founder of McDonald Corporation. 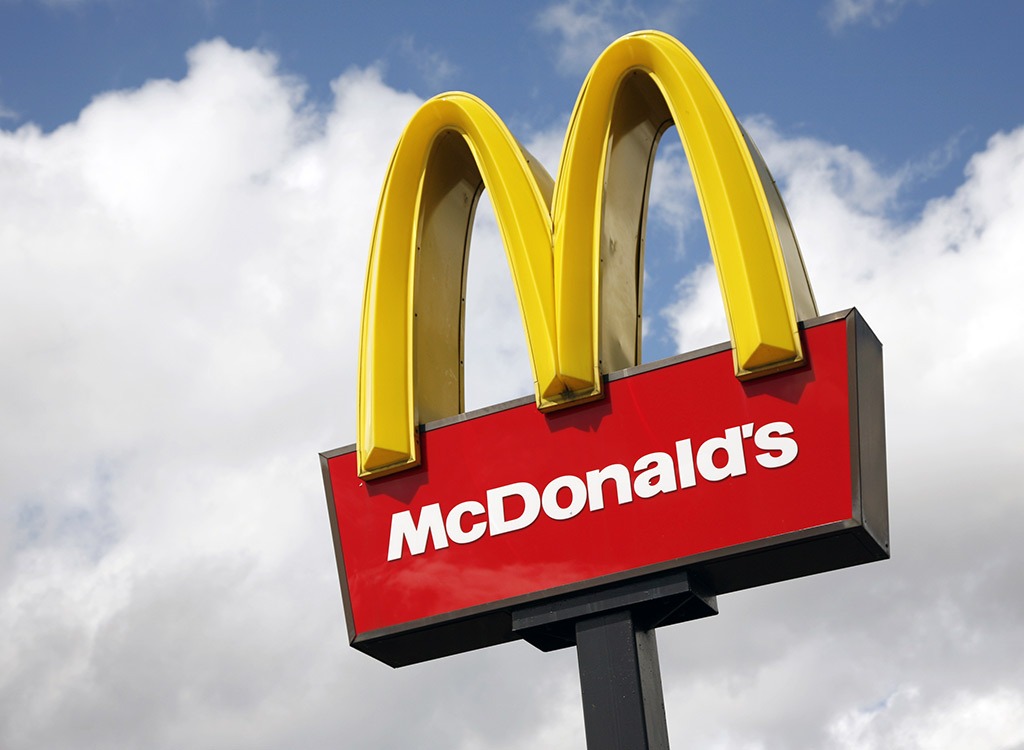 There are two major turns in the company. Both had led the company to change the system towards a flawless quality food production and an unheard concept of a business model which changed the income flow of their successful business.

Let’s find out how McDonald brother started this company. In the mean while, Grab you McD Meal with Iconic Mc Maharaja burger with extra-large fries with peri-peri and an extra-large coke for this journey. Settled? Now to the story!

Richard and Maurice McDonald were the Founders of the original McDonald’s restaurant in San Bernardino, California. This two brothers went to west from California in search of a job and worked in small jobs at Hollywood and they started a show business which later became a disaster and then,

In 1937, the McDonald brothers opened a hot dog stand in Arcadia, California, inspired by a local hot dog stand that seemed to be the only profitable business in town.

Mac(Maurice McDonald) decided to open a bigger hot dog stand in nearby San Bernardino After several banks declined to lend them the money needed for this venture, Bank of America finally approved, and in 1940, with $5,000 in capital, they opened a drive-in restaurant

The new restaurant proved a surprise success and the brothers were soon making $40,000 a year. Most customers were both teenage boys and young males in their 20s who came there primarily to flirt with the carhop girls ( the waitress who brings fast food to people in their cars at the drive-in the late 1940s & 1950s), or young working families looking for a cheap meal. The McDonald brothers decided that the combination of this two category people were the ideal customer they wanted to attract. After a couple years in business, the brothers began making plans to renovate their business model based on the lessons they had learned.

One of these involved finding a more efficient way to service customers than the carhop girls, who were very slow, unreliable workers liable to flirt with customers. Another was

That hamburger accounted for a quite overwhelming amount of total sales and that they were much cleaner and easier to assemble than barbecues and sandwiches.

In 1948, the brothers fully redesigned and rebuilt their restaurant in San Bernardino to focus on a limited menu of hamburgers and French fries and a soft drink. While this new “McDonald’s”, situated at the same address, was still premised on most customers arriving by car, they worked on continuous research, testing and trailing and came up with this few new revolutionary combination of factors.

It hasn’t changed the business all of a sudden, first people stopped coming to the stores, they weren’t very familiarly with this new features, the sales are dropping, Mac & Dick thought it was not a good idea and they thought to close the business and go back to as usual. One day when they are about to close, a kid came and asked of a hamburger and Mac made a batch of Hamburger with a patty, pickle, and sauces inside and gave it for free and once he left, a car stopped nearby and a man walked near to the counter and another and another, soon it became an overnight sensation in the town.

There were ample of people coming by, eating burgers, fries and drinking soft drinks, the menu was simple, easy to choose, fast to deliver and most importantly they delivered the burger under 30 seconds without losing the taste or quality in it!

They are running their business really well, they had a shortage of machinery that makes milkshakes, so they ordered 6 milkshake machine from foodservice equipment manufacturer Prince Castle.

To verify the order, a salesman of Prince castle milkshake makers came to see the business, and that was Ryan Kroc.

Read the next part of the story of what actually Ryan saw in the business that made him work really hard and dedicate his life & how he made this company as one of the most successful food production company in the world. Interesting facts about this company and the reason why it stood far beyond any one’s assumptions.

Quick Fact: Throughout the world, there are 1.8 million people who are working now in McDonald’s, which is approximately 1 in 8 workers in the US has been hired by McDonald’s. Working as a McDonald’s salesperson is also considered as a one of the major profession to get some money during college times in the US.