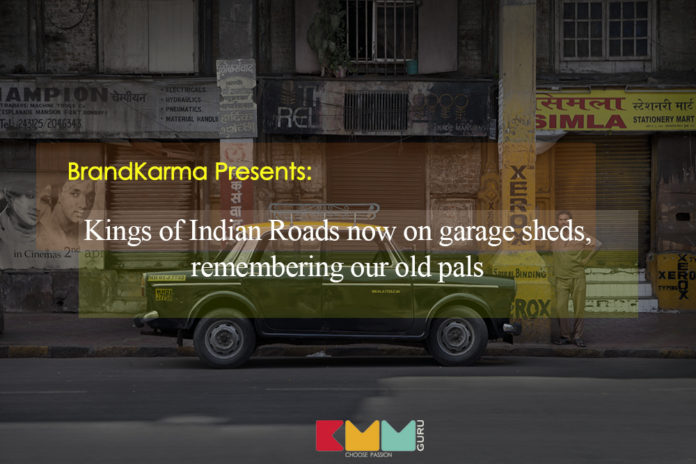 In this edition of Brand Karma, let’s remember about these amazing cars that were made our childhood awesome.

There were few dream cars for every Indian and everyone may not be able to afford to buy for, but you might get an opportunity to be ridden in one of these models of car, if are from eastern side of India then you might be ridden Ambassador in Kolkata & if you are from the western side of India & mostly in Mumbai then you might have travelled through Premier Padmini, for me it was always a delightful journey. A cab that moves 40kmph an old aged driver uncle speaking about his stories as a driver and running this cab for 30 years, looking out from the passenger seat window, I can see skyscrapers in a city of dreams.

These cars made a big mark on Indian hearts & helped us travel in busy cities in faster ways. Travelling in these cars will be always a joyful ride for me.

Nostalgia isn’t just limited to our personal lives, though, as a culture, we’re prone to idealizing and in some areas such as fashion and music, recreating past decades, bringing back ’70s bellbottoms, ’80s hair metal, and ’90s neon and bad internet & Market leaders of 70’s Automobile Hindustan Ambassador and Premier Padmini. 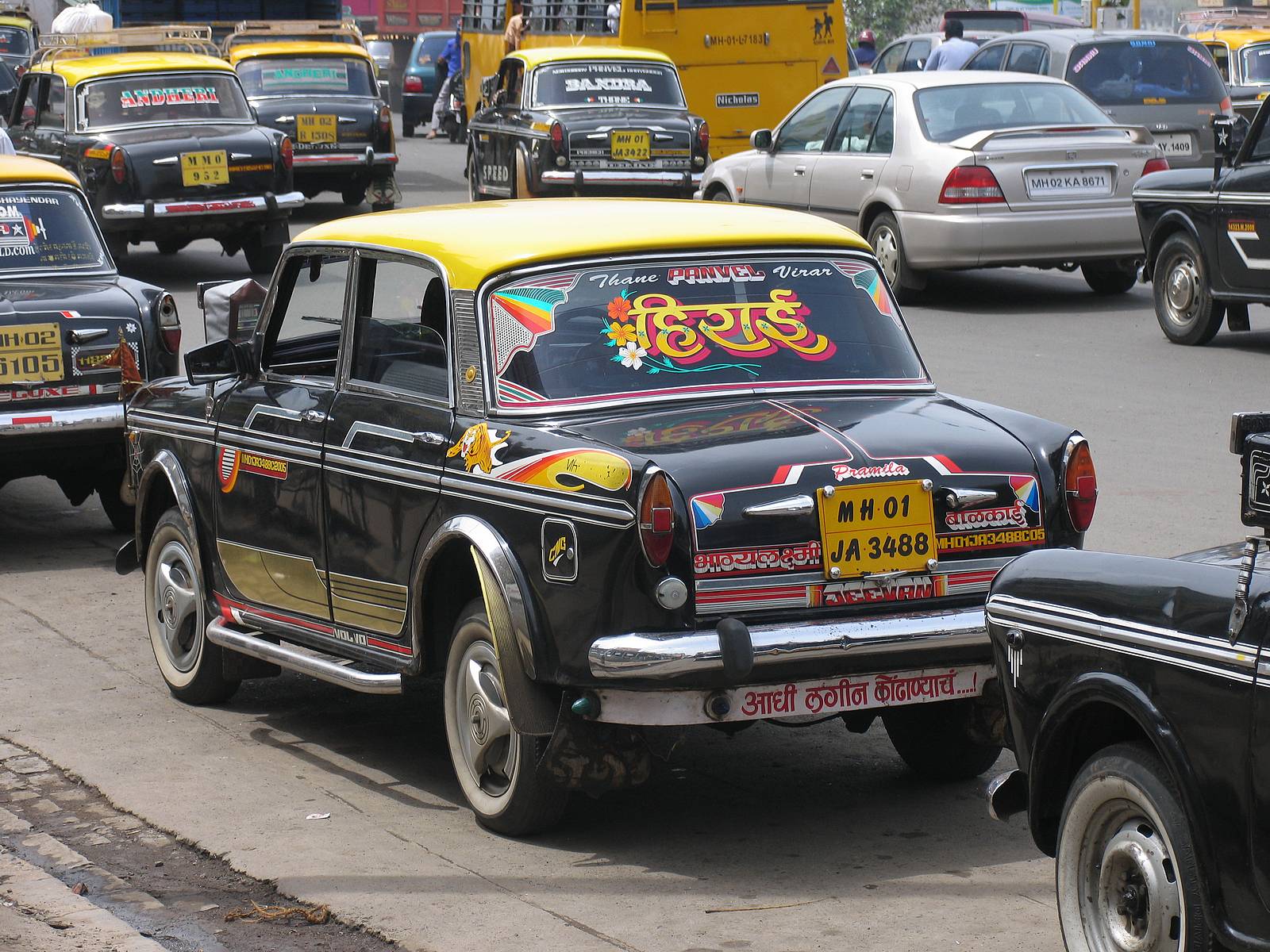 These two cars were the dream cars for an average Indian during times and their tough competition bought so much optimization on the car using capacity and better version of themselves in the Automobile industry.

If you were born during the latter half of the last century, chances are you would have owned, driven, or at least ridden in a Premier Padmini. The Italian-designed car was based on the Fiat 1100 D and was introduced in the Indian market by Premier Automobiles Limited (PAL) in 1964. This famous car ruled the Indian car market and its popularity peaked during the 1970s and 80s. Many leading icons of the time including legendary Rajnikanth, Mammootty, Aamir Khan and many others had owned a Premier Padmini during its prime years. 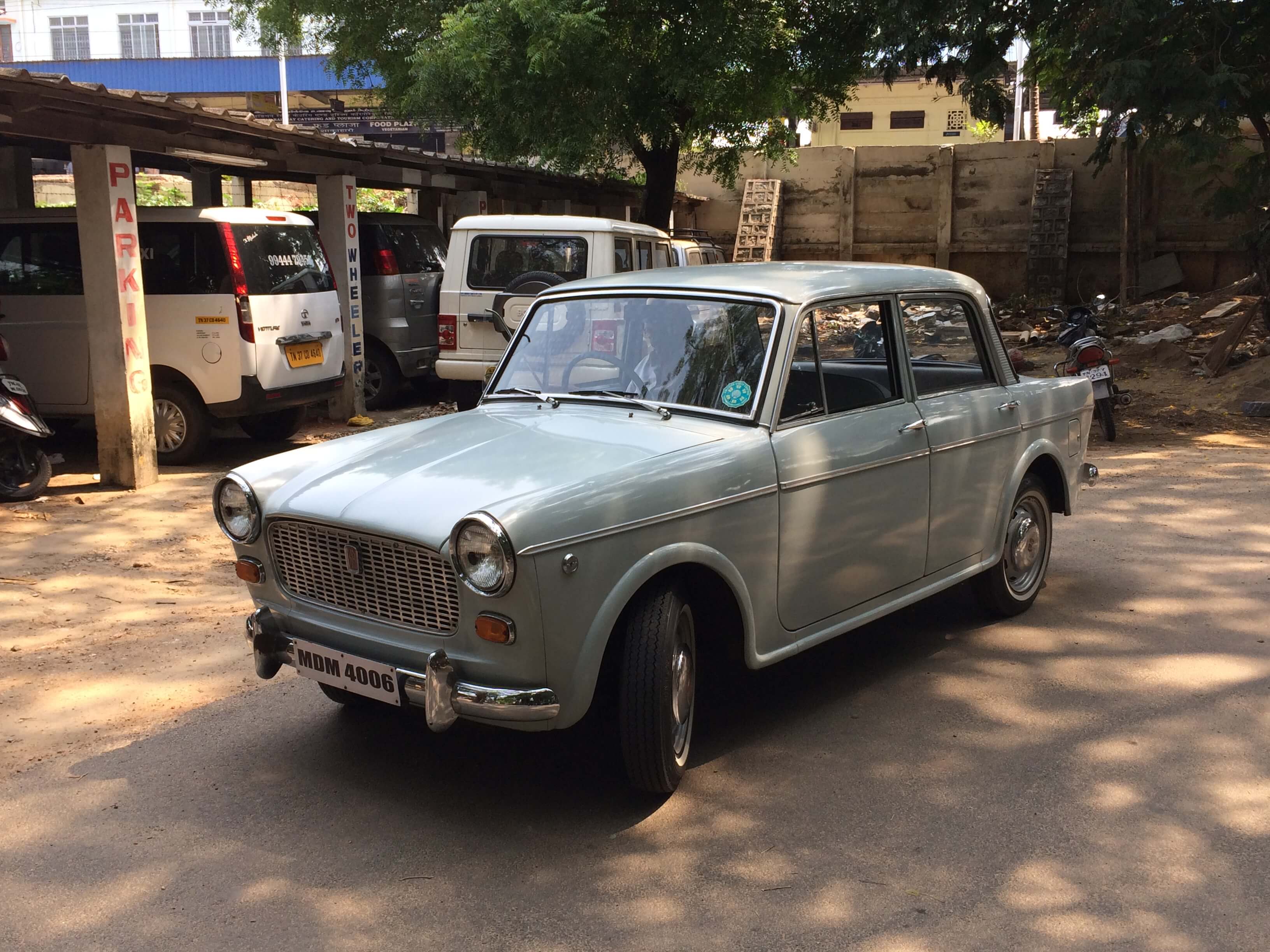 And you might also know about the iconic, powerful and brand are known for luxury during that time, Hindustan Ambassador. During the initial stages of launch, Ambassador did not perform well in India but slowly and steadily it was able to catch the attention of Indian buyers. The car continued to feature in the product line-up of Hindustan Motors and recently sold to a France company for approx 80 Crores. It is actively used by government officials and taxi operators in India, which gave that power and authority for this car in specific. 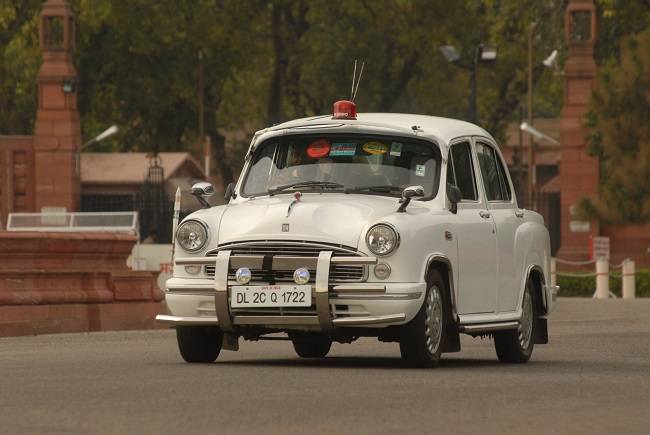 Ambassador was one of the few cars that were in production following the 1954 government policy of promoting Automobile industry; it had market dominance for its spacious size compared to its rivals like Premier Padmini. Production of Hindustan Ambassador at its plant outside the city of Kolkata was later ended due to weak demand and financing problems. 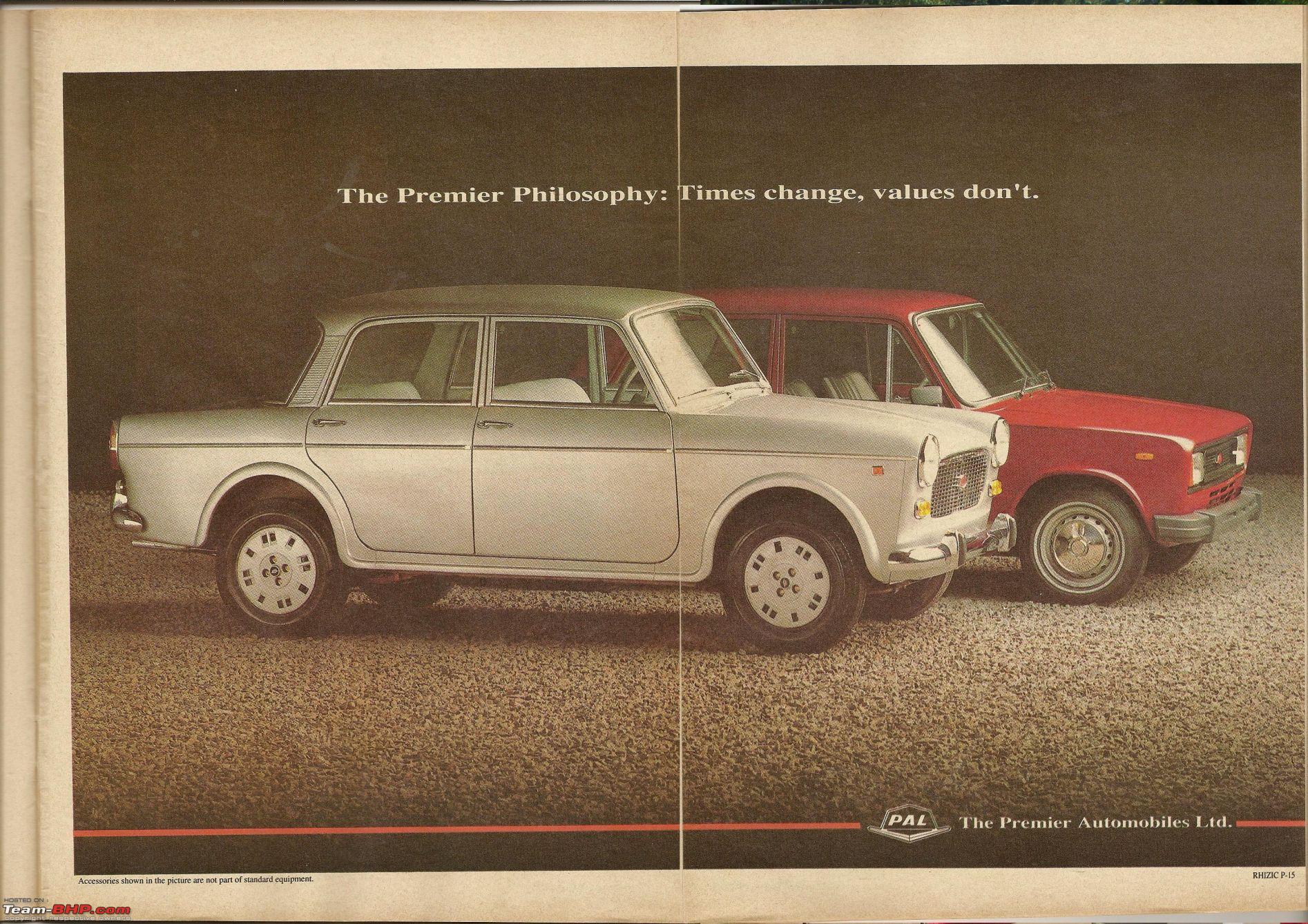 Well on the other side of India during 1970’s Premier manufactured the Padmini at their Kurla plant in Bombay (now Mumbai) until they sold a majority stake to Fiat in September 1997. The licensed vehicle was initially manufactured as the Fiat 1100 Delight. For the model year 1970, the car was marketed as the Premier President and subsequently as the Premier Padmini. The car, in its peak during the 1970s-1980s, achieved immense popularity among youngsters, celebrities, and women as compared to the Hindustan Ambassador, it looked more modern in appearance, more fuel-efficient and was very easy to drive.

A couple of classic ads:

From the mid-1980s onward, with the advent of more modern, cheaper and more fuel-efficient cars from Maruti Suzuki, the popularity of the Padmini slowly began to wane. The liberalization of the Indian economy in 1991, which allowed foreign car manufacturers to launch operations in India, began to sound the death knell for the Padmini. The Padmini was never able to compete with the more modern, value-for-money and fuel-efficient cars manufactured by Ford, General Motors, Daewoo, Honda, and Hyundai. 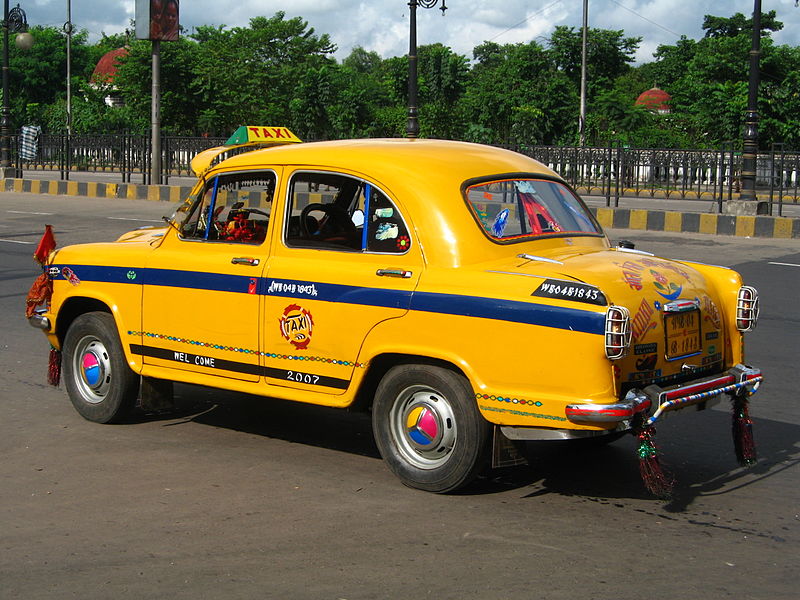 The Ambassador remained in continuous production from its inception, with very few improvements or changes. Being one of the ubiquitous early models of Ambassador numerous older versions can be found in restoration, garages and in numerous Indian movies of that era. In its final years in 1975, it had no competition other than the Premier Padmini and its smaller rival the Standard Gazel. It never died all at once, it reduced their sales in long runs and they stopped their production & it was in production from 1958 to 2014. 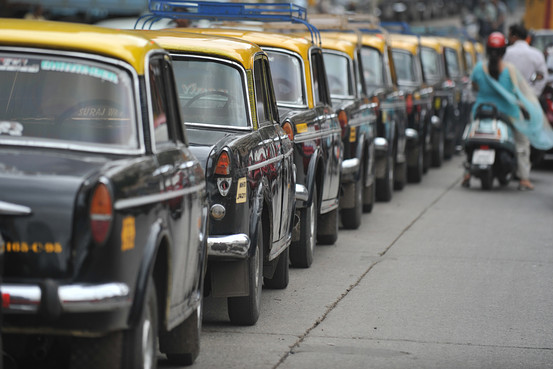 The Padmini taxis are also on their way out, being scrapped after the government decreed that above-20-year-old cabs won’t be allowed to run. The remaining ‘kali-peeli’ (black-yellow) Padmini cabs on Mumbai’s streets are now being eagerly replaced by Hyundai Santro, Maruti 800, Maruti Suzuki Wagon R and Tata Indica. It doesn’t affect ambassadors a lot because they produced 7 generation of cars with many modifications till 2014.

Production of Hindustan Ambassador at its plant outside the city of Kolkata was ended due to weak demand and financing problems. Prior to the cancellation, the company had sold 2,200 Ambassadors in the financial year which ended in March 2014. 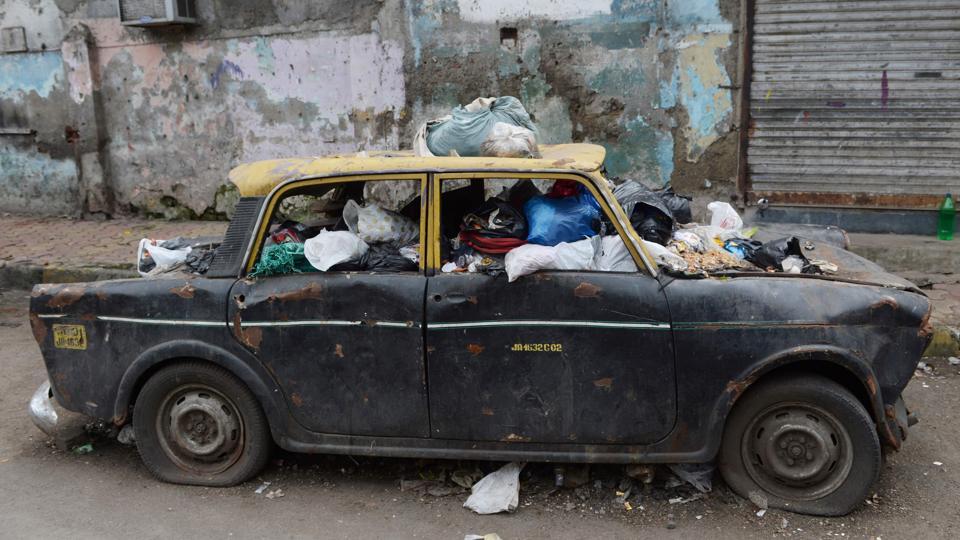 With the 2013 ruling, however, most of the city’s beloved Padmini taxis are now ending up at scrap graveyards. On the contrary, however, the value of the Padmini for private use has escalated once again – this time, in vintage car dealerships.