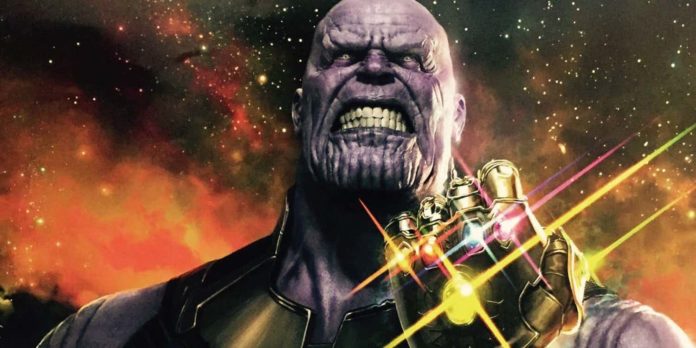 Marvel showed footage from Avengers: Infinity War at their SDCC 2017 panel, teasing the epic showdown between Earth’s Mightiest Heroes and Mad Titan Thanos. The panel featured information on a whole slew of Marvel Studios productions, including Thor: Ragnarok, Black Panther and Ant-Man and the Wasp, but by far the crowning jewel was Avengers 3.

The film was kept until last, with Kevin Feige and the cast doing a bit where the super-producer pretended to wrap up the show, only to be forced to show some footage from the highly anticipated Infinity War. And of course he did, much to the delight of those in Hall H.

Unfortunately for information hunters, it seems that what was shown is exactly the same as the footage debuted at D23 last weekend, which featured the various Avengers coming together and culminating in an epic set piece where Thanos used the Infinity Gauntlet to pull down a planet. Here’s our description from that first showing:

“The trailer begins with a passed out and wounded Thor floating in space. Guardians of the Galaxy hit him as they are flying through space in the Milano. He’s stuck to the windshield and Rocket proposes using the windshield wipers to wake him up. Thor was brought into the Milano, wakes up, and says, “Who the hell are you guys?” There’s a cut to Loki holding the Tesseract. Shot of Spider-Man on a bus, arm hair stands up – confirming Spidey sense. Iron Man working with the Guardians. Thanos arrives to battle Avengers. Spider-Man shown wearing new suit from end of Spider-Man: Homecoming. Cut to Peter with mask off saying, “I’m sorry,” to Stark. Thanos battling Doctor Strange, Star-Lord, and Iron Man. Shows Captain America in new (Nomad?) suit with a beard. Black Widow is now blonde. Thanos pulls pieces of the moon to Earth to toss at Avengers. Logo.” 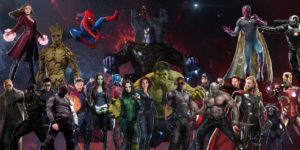 While it’s obviously a shame to have the same footage from last week repeated, the real disappointment comes in it showing at two separate conventions and not being made available online to the millions of Marvel fans around the world (or to allow those who were at D23 or SDCC to watch it again). However, this isn’t too shocking; it’s something Marvel has done for the past few years in an attempt to keep the lid on far off projects. And, to a degree, that’s fair – they don’t want their films being spoiled and keeping a cap on officially released content is one way to do that. Infinity War isn’t out until May next year – a trailer wouldn’t typically make sense until the fall.

However, other studios have been more forthcoming. Warners, in particular, have been increasingly open with their DCEU footage from Comic-Con: today’s Justice League trailer came over a year after the first look at SDCC 2016. This only continues the frustration, although this year Marvel did release a full trailer for Thor: Ragnarok and DC likewise had Hall H exclusive footage of Aquaman (on a side note, this presents another reason to not release a look at Avengers 3 – it competes with the more imminent Thor 3).

But that’s an explanation – when will we get this footage? The short answer is most likely never. SDCC and D23 sizzle reels rarely actually make it to the public; they’e specifically made for these events and perhaps wouldn’t work as well at a computer or in a theater. Instead, when we do get an Infinity War teaser, it’s likely to be a variant of what was shown this month. As already said, that’s likely to not be until October/November time, around the release of Ragnarok.