Democracy is all about Letting people decisions flourish and people are ultimate authoritarians, not a single man, nor a party or a family from 6 decades and not even imprinting fixed ideology. The path to extreme  national happiness is paved with democracy. It is just as simple as that, Democratic nations are happy nations, because democracy is an outcome of an great revolution for freedom and sustenance.

“Mahatma Gandhi’s view of democracy “is fully enriched with non-violence that exists in no nation of the world as of now.“

A public meeting held in 1965 at the Ram Lila grounds in Delhi after ceasefire, he complained against a BBC report which claimed that Shastri’s identity as a Hindu meant that he was ready for a war with Pakistan. He stated that every person has a right to choose any religion in this democratic country and politics is above all religions and I am not above it,   we do not bring religion into politics and respect our democracy.

Nor Gandhi neither Shastri is above democracy. Present politicians should imbibe same culture.

Nation and its democracy:

The Republic of India is the largest democracy in the world. India is the seventh largest and the second most populous country in the world. The world’s largest democracy by electorate was created after independence in 1947 under the leadership of its nationalist movement, the Indian National Congress. Indian democracy is characterized by peaceful coexistence of different ideas and ideals and intellective.

10 things that shows India is a best democratic country in the world. Here are they: 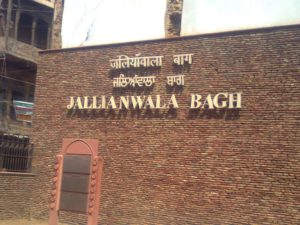 This Gandhi Jayanthi, lets look back our efforts of a Nation’s leader and father of the nation and all the freedom fighter’s struggle for independence.  There struggle gave us gave us a true democracy.